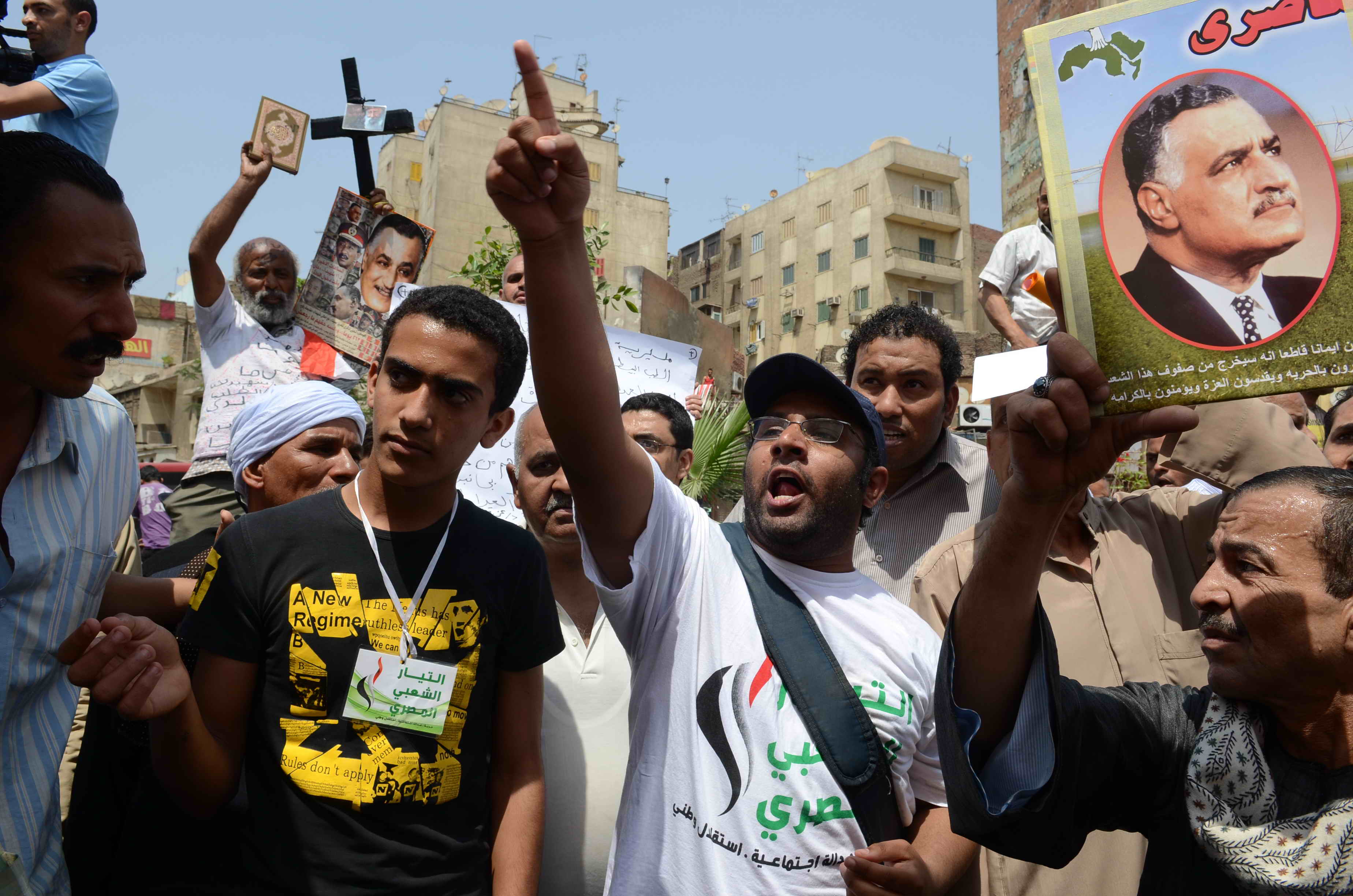 Hundreds of demonstrators marched in Downtown Cairo on Labor Day on Wednesday in support of government action for labour reform.

The protesters were critical of President Mohamed Morsi and his government’s approach to labour reform in post-revolution Egypt.

“All of [Morsi’s] programmes and all the religious parties have done nothing for the workers,” said Samir Mansour, who was protesting alongside the parties and workers. “He doesn’t even have a programme to begin with.”

“The ousted president [Hosni] Mubarak’s rule was against the workers and Morsi’s era has been against them 200 times worse in the past nine months,” he added

“There hasn’t been any change [after the revolution]. Prices continue rising and the Brotherhood have no plans to get us out of this crisis,” said Mansour.

The march first stopped at the Shura Council, where police had blocked Qasr Al-Aini Street so that demonstrators could not advance to the building, home to the country’s transitional legislative body.

Many of the demonstrators continued marching to Tahrir Square, chanting against the president and the IMF loan, which is still being negotiated.

“I’ve been working for 32 years with no hope of a pension,” said Sayed Ibrahim Ahmed, a textile worker. “When I ask my employer for a pension, he tells me to leave if the situation doesn’t suit me,” he added, saying he had not seen any improvement in the struggle of workers since the revolution.

“Factory owners still reap all the benefits of production,” said Mohamed Saber, from Daqahleya. “Egyptians just want to live their lives and provide for their children, but we see an increase of corruption and fraud.

“When Morsi became president, we hoped it would bring a new era to the country. Unfortunately the same regime is still ruling through the Brotherhood.”

Various political parties, along with the National Salvation Front, announced their participation in the demonstrations earlier this week, claiming they would protest in solidarity with Egyptian workers, calling for wage and labour reform, and saying that previous laws enacted under Mubarak needed to be amended.