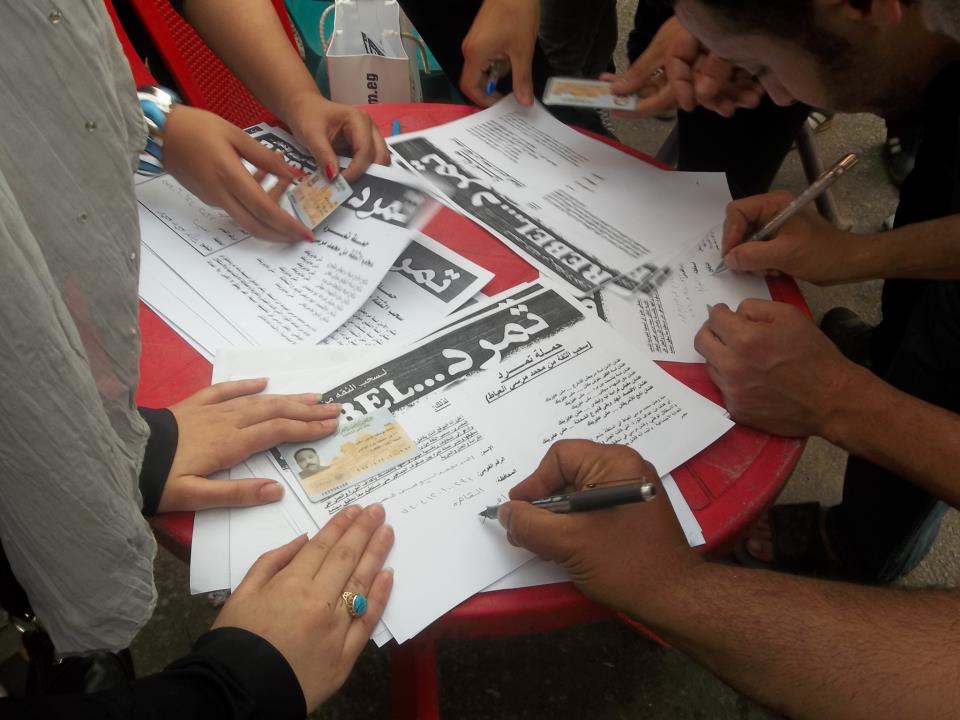 The Tamarod campaign called on Wednesday for a public gathering in Tahrir Square to collect signatures to withdraw confidence from President Mohamed Morsi.

On its Facebook page, the campaign announced that the gathering is set to take place on Wednesday at 5 pm. The campaign called on citizens to join the gathering and support their calls for withdrawing confidence from Morsi and holding early presidential elections.

Tamarod, or ‘Rebellion’, is calling for holding early presidential elections on 30 June, under the supervision of the head of the Supreme Constitutional Court (SCC).

Hassan Shahin, a Tamarod member, said the campaign is not calling for the return of the army to the political scene or supporting any political candidate for president. “We only want the departure of Morsi, as he has failed to achieve anything so far. Early presidential elections should then be held under the supervision of the SCC head. We don’t care about who the winner would be.”

Shahin said the campaign collected signatures from several governorates, including Cairo, Giza, Kafr El-Sheikh, and Aswan. However, he said that he did not know how many signatures had been collected so far, saying “the signatures are yet to be counted”.

The campaign is aiming to collect 15 million signatures before 30 June, as a prelude to pushing for holding early presidential elections. The campaign was allegedly started by the Kefaya movement.

Mohamed El-Ashkar, general coordinator of the Kefaya movement, said the campaign was not officially initiated by his movement. He added that several members of the movement are members of Tamarod in an individual capacity.

“Kefaya supports all patriotic efforts in the face of the ruling regime. However, the members of Kefaya participating in this campaign are representing themselves, while the campaign does not operate through the movement,” reads a statement issued on Kefaya’s official Facebook page on Tuesday.