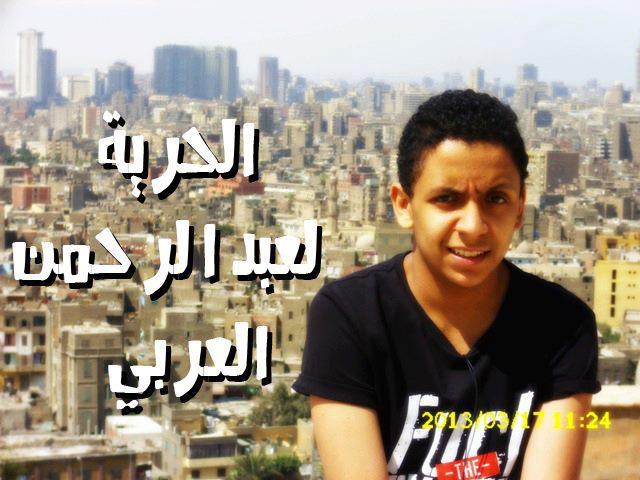 A court refused an appeal to release the eight young men who are being investigated for alleged involvement in Black Bloc as well as several other charges.

The detainees have been ordered to remain in custody for 15 days which were recently renewed for 15 more days. The appeal against the renewal was rejected on Thursday.

A small gathering outside the court was held to show solidarity with the detainees who have been under arrest since mid-April. Prosecutor General Tala’at Abdullah had summoned 22 people but only eight of them are in custody.

One of the detainees is a 15 year old boy called Abdel Rahman Al-Araby. His cousin Kamal Sanad said Al-Araby was taken from his home at dawn after security forces broke down the door of his family home and slapped his sister. They then picked Al-Araby up and left.

He is charged with attempting to overthrow the regime, belonging to a secret terrorist group, weapons possession and burning down a security building and a Muslim Brotherhood building, Sanad said.

Al-Araby is a member of the Al-Tayar Al-Sha’aby (Popular Current) but he has a heart condition which does not allow him to exert too much effort or be exposed to gases. Al-Araby’s father’s health deteriorated after his son’s arrest and had to be hospitalized.

Not all of the eight detainees are being held in the same place. Al-Araby is being held in the Al-Matareya Police Station where for the most part he has been treated well except for once when a police officer insulted him and slapped him.

Ahmed Al-Masry, a co- founder of the Nation without Torture Campaign said the detainees are being investigated by State Security prosecution. Al-Masry was present in the solidarity protest.

Sanad said Al-Araby’s family is now waiting to know if Al-Araby will be moved to juvenile detention or be returned to Al-Matareya station.

Mostafa Al-Hagari, media spokesperson of the 6 April Democratic Front said earlier that most of the detainees are 18 and 19 year olds.