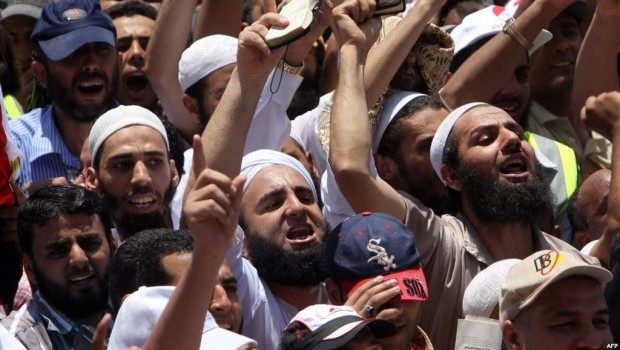 The Ministry of Interior denied plans of re-implementing practices of cracking down on Islamists. The statement came in response to a call for Islamists to protest at the Homeland Security headquarters in NasrCity on Thursday following afternoon prayers.

The ministry said that the calls for demonstrations were based on “unfounded claims.” It went on to say that all parts of the ministry were focused on upholding the rule of law, respect for human rights, and treating all political factions equally. It also claimed its commitment to maintaining the country’s national security.

The Al-Nour Party said it would not participate either. However according to state-owned Al-Ahram, some senior leaders in the party, including Ahmed Khalil, will take part in a personal capacity.

Media spokesperson for the Coalition Supporting New Muslims Hossam Abu Al-Bukhary was among those who called for the demonstration, saying in a statement that thousands of Islamists from different forces would take part in the protest. The spokesman said that there was a concerted effort from within the Homeland Security apparatus to maintain loyal to the former regime and the “counterrevolution.”