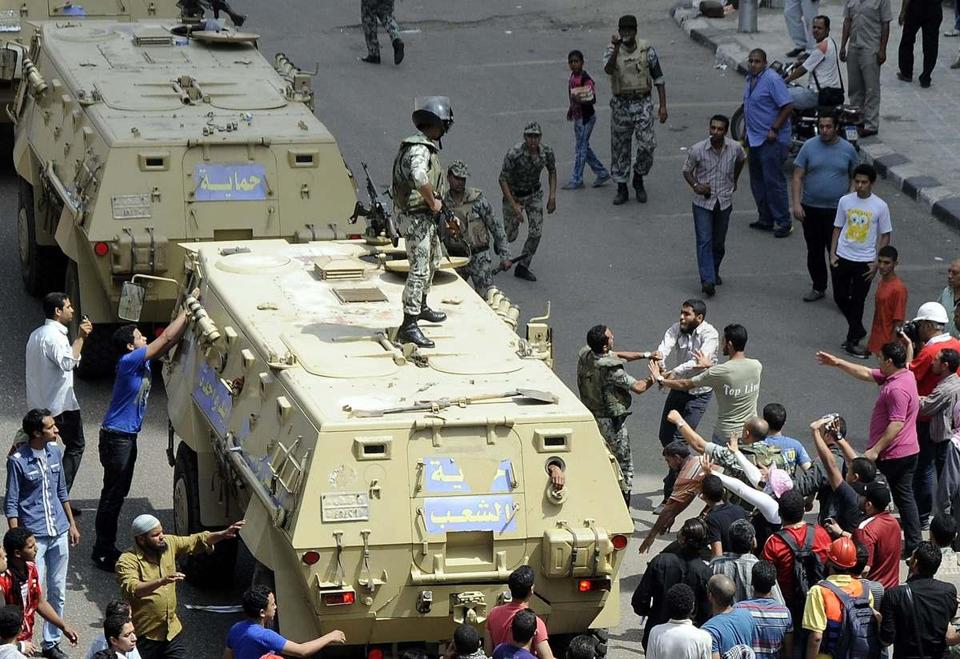 One year to the date since 11 people died in Abbassiya near the Ministry of Defence, Revolutionary Socialist students are holding a memorial for those who died under military rule.

The Abbassiya clashes started when supporters of Hazem Salah Abu Ismail decided to stage a sit-in in objection to a decision to disqualify Abu Ismail’s candidacy in the 2012 presidential elections.

A statement by Revolutionary Socialist students in AinShams University said, “It has been one year since the Abbassiya Massacre in which the military and Interior Ministry and their dogs showed the dirtiest forms of repression, extermination and mass liquidation of the Egyptian people…”

The Abbassiya clashes took place during the transitional period while the Supreme Council of Armed Forces (SCAF) was in charge of the country.

“One year has passed and the criminals are free… and safe because no law governs them and no revolution was able to enforce its justice on them… Military men in our country enjoy privileges and protection,” the statement read.

The students believe that this protection comes from the constitution. They cited the military violations on the Qorsaya Island and the railway workers’ strike as proof of the powers that the Muslim Brotherhood has given the military in the constitution. “These powers include the trials of civilians before military courts,” the statement said.

Since the adoption of the new constitution, several civilians have faced military trials including Mohamed Sabry and the residents of Qorsaya.

On Friday, 4 May 2012 in a statement, SCAF announced a curfew in Abbassiya Square and the vicinity of the Ministry of Defence from 11 pm Friday to 7 am Saturday. The military said it had warned earlier of the danger of threatening the nation and threatening military institutions in Abbassiya.