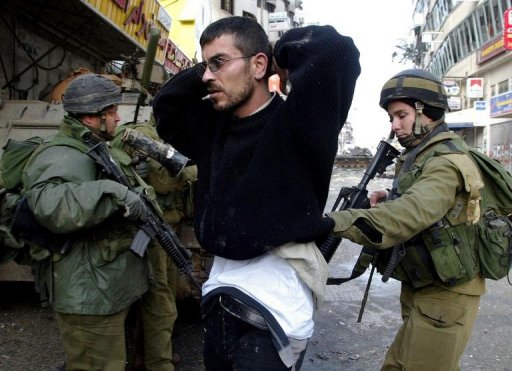 By Michael Blum (AFP) –  General Hagai Mordechai may not believe there will be a third Palestinian intifada, but this former commander of Israeli troops in the West Bank says the security situation remains “fragile”.

“We are keeping our finger on the pulse,” he said in an interview with AFP.

“Despite the relative calm, the army is ready for any scenario. A deterioration is possible from one day to the next,” he warned just days before a Jewish settler was stabbed to death on Tuesday by a knife-wielding Palestinian in the northern West Bank.

Mordechai, who stepped down from his post on April 4 to take over as deputy head of the military’s ground staff, says he believes the calm is partly due to “a larger military presence on the ground”, although he does not give numbers.

To further back up his claim, the general, who has spent most of his military career in the West Bank, points to statistics showing that there have been only 24 shooting attacks targeting Israeli soldiers and civilians in the past two years.

One reason for this, he says, is the army’s attempts “to ease the situation for the population, by giving them more work permits in the settlements, greater freedom of movement, by avoiding collective punishment and letting them hold demonstrations.”

“Our policy is restraint because this is not a battlefield,” he said, although he admitted that not everything always goes to plan.

“Mistakes can happen, the situation for the soldiers is very complex,” he acknowledged.

He also said that the military’s security coordination with the Palestinians, who staged a first intifada between 1987 and 1993, was working well.

“It is in their interest. But their motivation decreases when there is talk about reconciliation with Hamas,” he said, referring to the Islamist movement which rules Gaza and rivals the Fatah movement that dominates the West Bank government.

“Security cooperation with the Palestinian Authority works because it is in their interest not to let Hamas take control in the West Bank,” he said.

“So long as we are on the ground, Hamas will not take power, but it is necessary to prevent its reconciliation with Fatah, which would be a victory for the Islamist movement.”

So far, efforts to bridge years of bitter rivalry between the two rival Palestinian movements have led nowhere, much to Israel’s relief.

Hamas, he said, had been strengthened by the prisoner swap deal of October 2011, when more than 1,000 Palestinians were freed from Israeli jails in exchange for the release of soldier Gilad Shalit, who was held captive in Gaza for more than five years.

And it also benefited from the eight-day conflict with Israel last November when Gaza militants fired rockets at Jerusalem and Tel Aviv.

“Hamas is getting stronger. The Shalit deal proved to the Palestinian street that terror pays off and (Israel’s) ‘Operation Pillar of Defence’ was perceived as a victory because of the success in firing at Tel Aviv and Jerusalem,” he said.

Another area of concern was the rise in incidences of throwing stones or Molotov cocktails — “which we consider to be acts of terror,” he admitted.

Figures compiled by the army show that in 2012, there were more than 4,300 cases of stone throwing, 423 attacks by Molotov cocktail and 25 attempts to use explosive devices against civilian or military targets in the West Bank.

He also criticised the Palestinian Authority for its “policy of delegitimising Israel by encouraging the establishment of illegal outposts in E1, and by supporting demonstrations.”

E1 is a strip of land near Jerusalem where Israel has pledged to erect thousands of new settler homes in a step which experts say would sever the West Bank in two, and which has prompted a Palestinian counter-campaign to set up their own encampments.

The army, he said, was “ready for any scenario, including the worst.

“I cannot ensure that stability will remain for the long term even if I don’t believe that a third intifada will break out,” he said.

In light of the threats currently facing Israel along its border with Egypt, Gaza and Syria, the West Bank was “the calmest of all the fronts.”

“When you remember what happened during the second intifada, the buses which blew up across the country but also the consequences for the Palestinian population, you understand that no one wants to go back to that sad period,” he said.