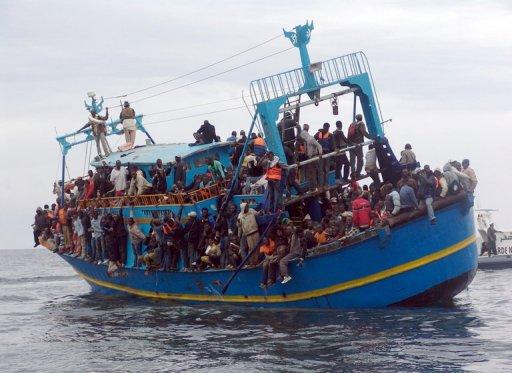 Libyan authorities have taken measures against Egyptians who have recently illegally entered Libyan territories by capturing two boats on Thursday and deporting over 100 people.

The Egyptian Ministry of Foreign Affairs said on 28 April that 4,000 Egyptians have entered Libya illegally this year.

Libya does not only have to deal with an influx of illegal immigrants, it also has to deal with Egyptian fishing boats that enter Libyan regional waters without permits.

The fishermen are being referred to Libyan prosecution to take the appropriate measures against them.

Egyptian fishing boats are frequently captured by authorities for illegally entering regional waters of neighbouring countries. Egyptian fishermen go to Cyprus, Greece, Turkey, Israel, Yemen, Tunisia, Malta as well as Libya because of a shortage of fish in Egyptian waters.

Last month, following a visit to Libya by an Egyptian delegation headed by Chief of Staff of Egypt’s Armed Forces Sedki Sobhi, a military cooperation agreement between the neighbours was signed. The agreement tackles border security issues which include illegal immigration and fishing as well as illegal smuggling of weapons.

A recent UN report stated that Egypt receives a large amount of illicit weapons from Libya.