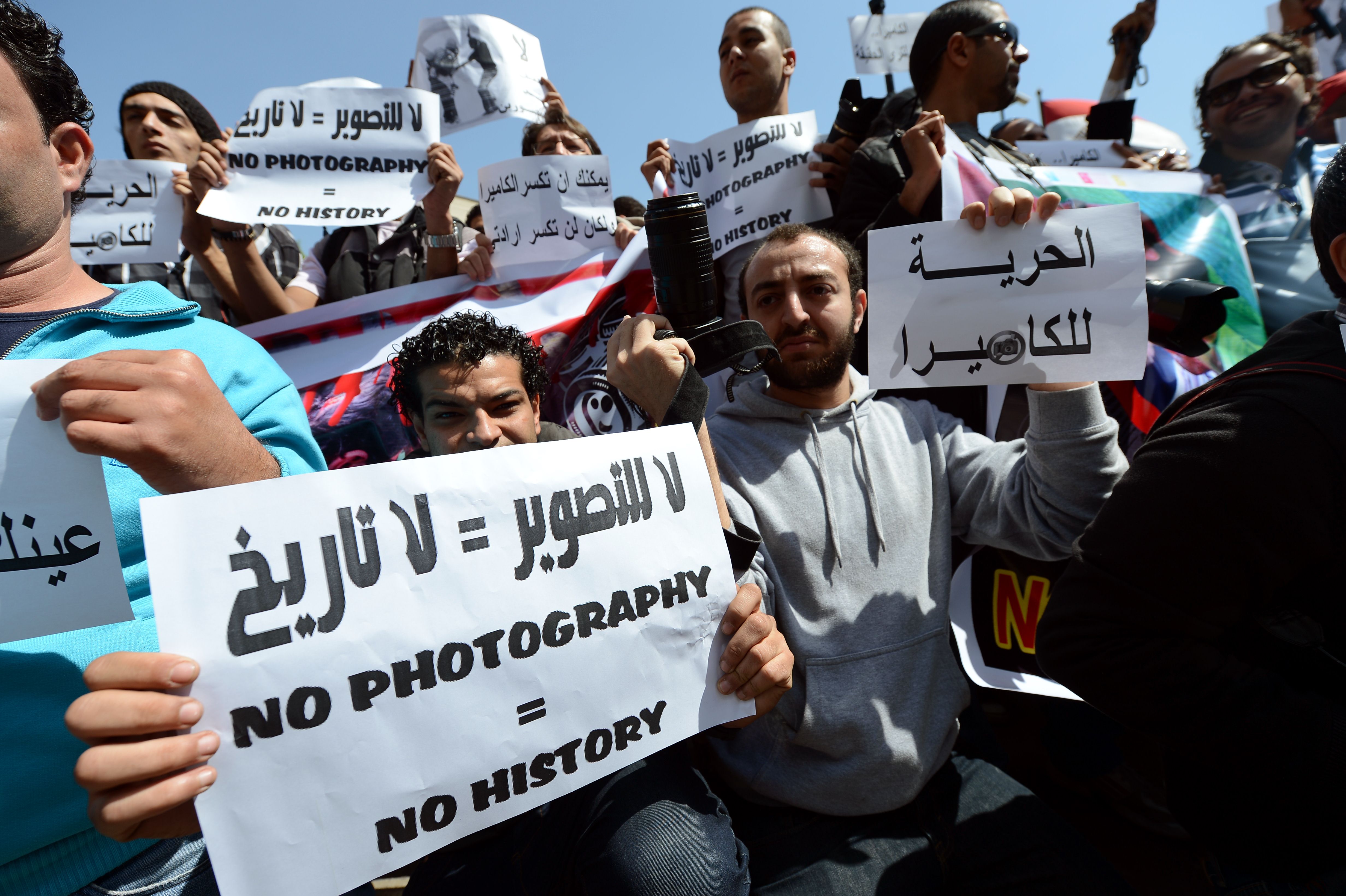 The Association for Freedom of Thought and Expression (AFTE) released an index documenting violations that took place against journalists in Egypt between January and March 2013.

The index was released on Friday 3 May, coinciding with World Press Freedom Day.

Violations include court orders against journalists, complaints filed against them, investigations, arrests, and assaults. Journalists have also reported that their equipment has been broken or damaged.

The index included various other violations journalists have faced in Egypt. “The index will continuously be updated,” AFTE said.

In addition to the index, AFTE released a video documenting physical assault against journalists and photographers in the first four months of 2013. The video includes testimonies from victims of the violence.

“The association calls on Egyptian authorities to quit their systematic and deliberate targeting of journalists and their cameras. This is considered a grave violation of the freedom of the press, which is supposed to be protected by the law and the Egyptian constitution,” AFTE said at the end of the video.

The letter called on Egyptian authorities to protect journalists and provide them with a safe environment through stricter punishment for those who assault journalists, proceeding with complaints of assaults against journalists, and revising the law for “elastic” accusations such as defamation that can be used to limit freedom of the press.

AFTE also demanded the introduction of the Free Flow of Information Act to allow journalists easier access to information.

“The undersigned see that the systematic violations against journalists do not only affect them in person, but target the sacred work performed by the press,” AFTE said.

“The more restrictions on freedom of the press, the greater the risks to the public’s right to access information,” it added.