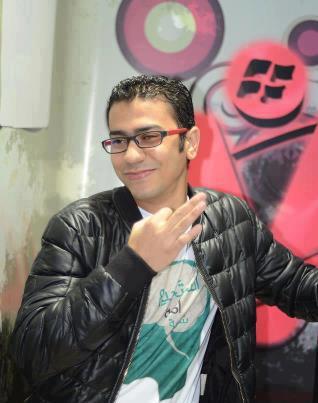 The trial of blogger Ahmed Anwar, who is charged with insulting the Ministry of Interior, has been postponed to 1 June.

Anwar was not present during the court hearing, which was postponed by Tanta Court. “My lawyer advised me not to go. He said I would be taken into custody if I went,” Anwar said.

The prosecution issued an arrest warrant against Anwar in March. Saturday’s hearing was the first in his trial.

Anwar said there are several charges brought against him, including insulting the Ministry of Interior, deliberately provoking others using the internet, and defaming police officers.

Anwar posted a video on Youtube in March 2012. The video focused on the Ministry of Interior’s honouring of several singers and actors for “raising the morale of policemen”.

In the video Anwar accused the police of failing to provide security and added sarcastic captions. One of these stated that the police force did not need reforming but rather “a soft chest to cry on” after its defeat on 28 January 2011.

The Association for Freedom of Thought and Expression (AFTE) said in a statement on Saturday that Anwar criticised the Ministry of Interior because it is one of the few state institutions that can be criticised according to Egyptian law.

“Criticising institutions must be allowed because criticising them and expressing opinions about their performance is not just a right for every citizen, but also a duty,” AFTE said.

AFTE described the charges against Anwar as accusations that harm freedom of expression.

AFTE added that the prosecution should refer the case to an expert to confirm that it was Anwar who published the video. Anwar should then be confronted with the evidence collected against him and the charges. “The prosecution has done nothing of the sort. The investigator only heard the statements of the representative of the Ministry of Interior without hearing the statements of Anwar, the defendant,” AFTE said.

AFTE described the aforementioned procedure as unjust because Anwar did not get the chance to defend himself before the trial.

In a joint statement by AFTE and the Arab Network for Human Rights Information in April, the two human rights organisations called on the Egyptian government to put an end to the persecution of internet activists.