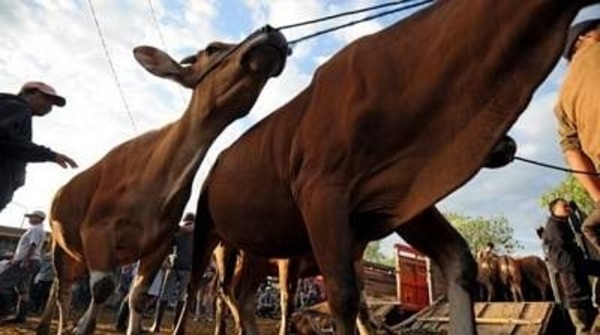 Australia’s livestock industry has suspended the export of livestock to Egypt after a video depicting animal cruelty assumed to be from an Egyptian slaughterhouse. Despite the decision taken by the industry, Australia’s agriculture minister said on Saturday the live export trade to Egypt has a bright future if animal welfare outcomes could be maintained, Australian media reported.

The controversy began when the animal rights group “Animals Australia” investigated claims of animal abuse in Egypt. Investigations produced a video which incriminates the only two accredited slaughter houses in Egypt. Further investigations by the group concluded with what they called “damning” evidence of “Australian cattle being subjected to brutal treatment”.

The group issued a statement on Friday where it said such abuses were first discovered in 2006, and as a result Australia should never have continued to supply animals “to a country where cruelty to animals is routine and considered acceptable”.

The slaughterhouses were approved under a joint agreement signed in 2010 which allowed for the resumption of live exports to Egypt after the last case of animal abuse was discovered.

“The department has already consulted with the Egyptian authorities and has formally requested an investigation in line with the Memorandum of Understanding on the Handling and Slaughter of Australian Live Animals between our two countries,” Australia’s Department of Agriculture, Fisheries and Forestry (DAFF) said in a statement on Friday.

“The Australian government and DAFF understand and share the community’s concerns about the welfare of exported Australian livestock,” another DAFF statement said. “Animal welfare standards are central to Australia’s trade.”

CEO of the Australian Livestock Exporters Council Alison Penfold told the Australian Broadcasting Corporation she was appalled by the footage, adding that the suspension will not be lifted until standards are met.

As a Muslim country, Egypt follows the practice of slaughtering animals in accordance to Islamic Sharia aimed at minimising the suffering of the animal. In order for meat to be halal the animal’s throat, carotid artery, windpipe and jugular veins are cut in one clear motion. The animal must then be bled out before being carved. Despite the insistence that such methods are humane, several human rights groups such as the Royal Society for the Prevention of Cruelty to Animals are adamant that it is a form of animal torture,

in 2009 a study conducted by the British and New Zealand agriculture ministries concluded that the slaughter of animals according to Islamic or Jewish practices without initially stunning the creature was inhumane as animals were observed to have felt pain during such slaughter.