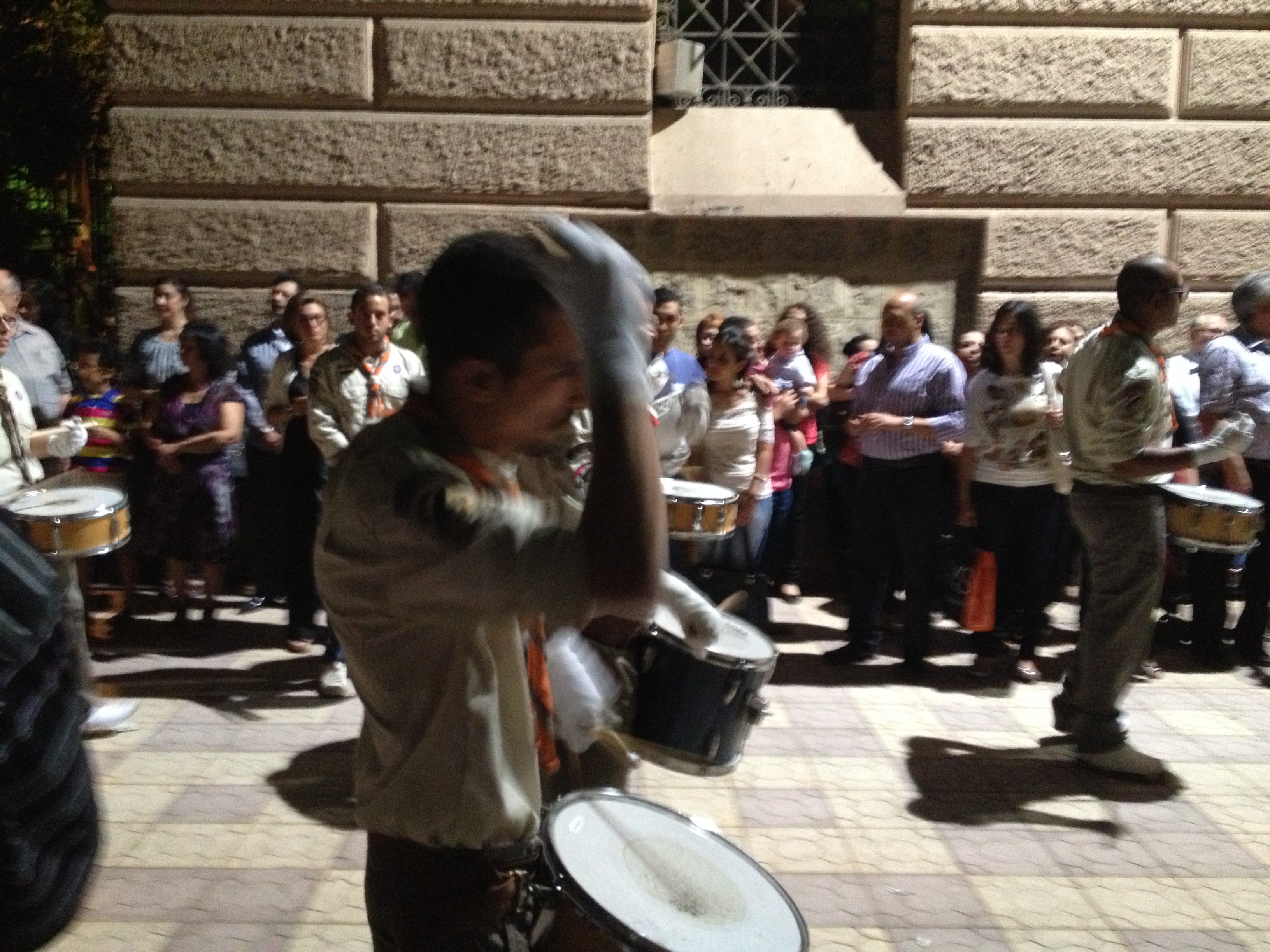 Holy Week, the time when Christians closely follow the path of Jesus from his entrance to Jerusalem to his resurrection on the following Easter Sunday, is the most important period of the year for Christian worshippers. The week is rich in tradition among all Christian sects.

Those traditions vary, but one Cairo neighbourhood has established a unifying tradition that brings followers from all those sects together. The Al-Daher neighbourhood of Cairo has inherited a rich history and is home to many churches representing those members of the Egyptian Christian population who are not part of the Coptic Orthodox Church.

On Good Friday, some Christians from all sects visit four churches in this neighbourhood: the Maronite Cathedral of St Joseph, the Holy Rosary Syrian Catholic Church, the Greek Orthodox Church of the Holy Archangels, and the Greek Catholic Cathedral of the Resurrection.

Despite the theological and traditional differences between the sects of these four churches, they maintain a common theme that brings Egyptian Christians of all denominations together on Good Friday.

Towards the end of each church’s service, a statue of Jesus is placed in a ceremonial casket. The casket is then carried, with the clergy following, through the church as worshippers put roses on the casket for benediction and in a symbolic gesture mourning the death of Jesus, three days before Scripture says he was resurrected. The procession continues outside where it is met by hundreds of people, ready to offer roses, and scouts carrying horns, drums, and flags.

From there, the scouts lead the processions around the Church courtyards, as the solemn beats of drums, marching, and horns reverberate in unison throughout the neighbourhood.

Services are scheduled at the four churches in a manner that allows people to attend all four processions. Coptic Orthodox Good Friday services typically finish in the late afternoon, giving some worshippers a chance to make it to the four other churches.

It’s a tradition that started in 1933, according to John Carlo, General Commisioner of the Wadi El Nil Scouts, a foundation that focuses on community service for all Egyptians. The introduction of drumming to the marches took place 45-50 years ago, starting with the Maronite community. “This tradition was passed to other community groups, and everyone tries to do the same, because we see it as an add-on to spiritual life and attracting people to come to church.”

The Good Friday march is one of many things the Wadi El Nil scouts do. “Generally we use the scouting method to help parents, schools, and churches to grow as responsible Christian citizens of any country he or she lives in.”

The day before, the scouts spent Holy Thursday reaching out to approximately 450 less fortunate families, which the community regularly helps throughout the year with various difficulties, and set aside Holy Thursday to provide meals, clothing, essentials, and toys for the children.

The scouts also devote time to helping handicapped Egyptians overcome difficulties.
“What is most important is that this is a Christian movement servicing the whole community, not the Christian community alone,” said Carlo.

The scouts are made up of Christians from many denominations. “The people serving in scouts are from different rites and different confessions of Christianity,” added Carlo. “We are not closing the door.”

The head of the scouts explained that one of the many benefits of maintaining the Good Friday tradition is that the scouts participate “in the spirit of gathering people” during the critical holy day.

Tony Gamil, a senior scout leader, indicated that similar traditions were taking root in Heliopolis, another Cairo neighbourhood home to places of worship for various sects of Christianity.

“Today is a religious celebration,” said Saad Ehssan, who was head of the Wadi El Nil Scouts for ten years. “It doesn’t have anything to do with the scouts, but the scouts help to make this religious celebration.” He pointed out that Al-Daher’s wide range of churches always provided it with the opportunity to host such a tradition.

Different theological interpretations have created a rift between these various sects for centuries, but the sense of community on a day that is important for all Christians brings these worshippers together for at least one night every year.