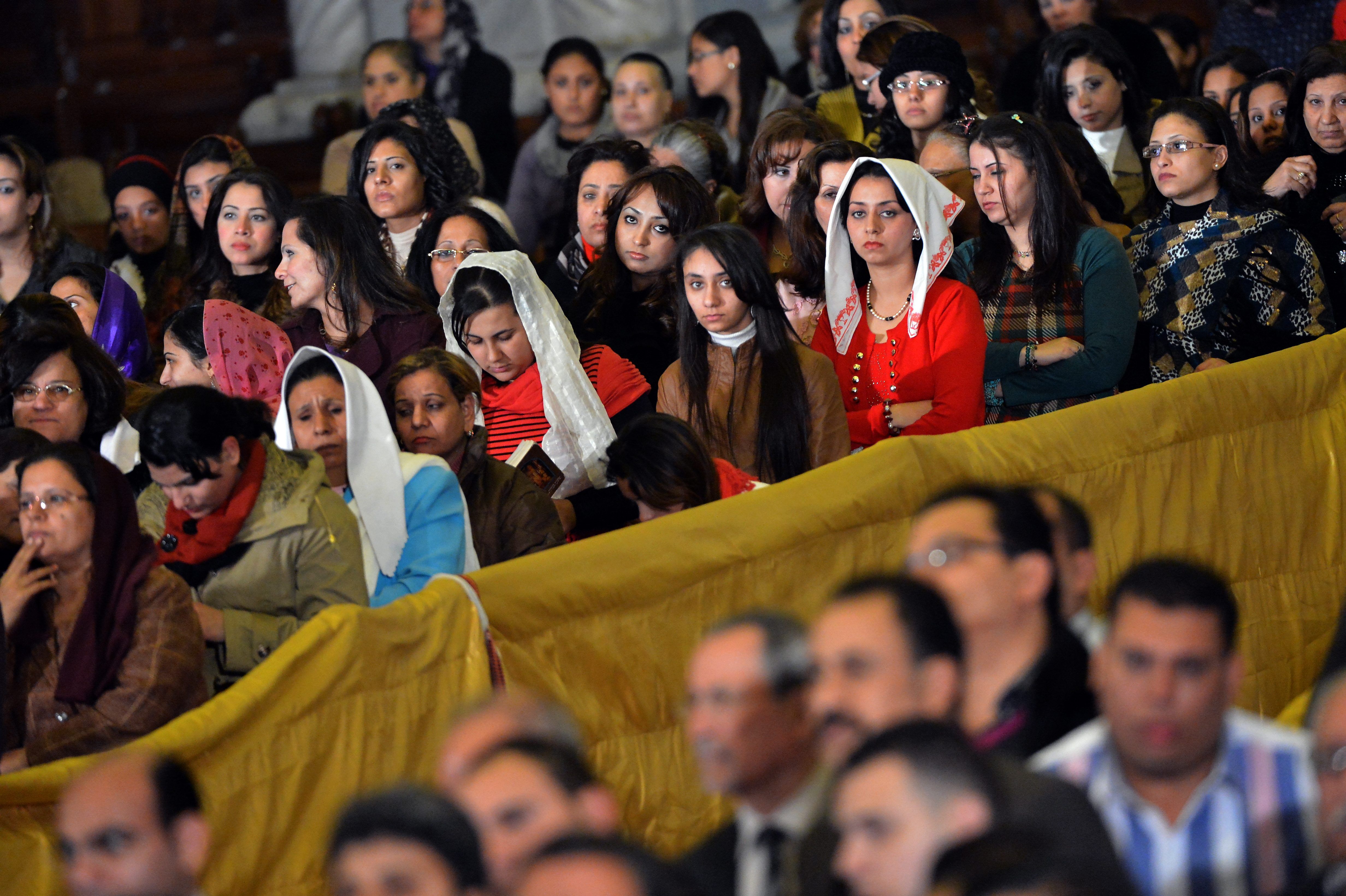 As Egyptians celebrate several festivals and holidays, Sham El-Nessim remains distinctive. The feast, which means in English “breathing the breeze”, is one of the few celebrations that bring both Muslim and Coptic Christians together. On the Monday that follows the Coptic Orthodox Easter, Sham El-Nessim fills the country’s public areas and streets with a festive spirit. Coloured eggs, chocolate bunnies and salted mullets feature the occasion that dates back to the days of Ancient Egypt.

The day usually starts with an abundant breakfast. Besides the usual cheese, milk and bread, boiled eggs are an integral item. Children prepare their colour sets to start their own art on the fragile shells of white eggs. They play traditional games of competing on who managed to present the most colourful egg. “I will use all my colours to paint the eggs on Sham El-Nessim day. I am sure mine will be the most beautiful,” says five-year-old Adam. The little boy joins his mother, Heba, while shopping for the holiday celebrations.

“In April, we wait for Coptic Easter and Sham El-Nessim to travel to the beach or gather with the family. We sometimes visit our Coptic friends,” the 36-year-old mother says.  The day is usually perfect for children to put on new clothes, join their families in celebrations and display their coloured eggs in a big basket at home. After buying new outfits for Adam and his little sister, Heba says she goes back home to set some Easter decorations inside her house to set the holiday mood at home.

Their neighbours exchange visits on Monday morning. “We live next door, so every year we plan the vacation together with Heba and the kids,” Maryan, a 34-year-old teacher, says. Adam says that he gathers around with his sister, and his neighbour friends Peter and Christina to fill the Easter basket with colourful eggs. “We count how many eggs each of us colour on Easter eve,” he says.

“We usually sell large amounts of eggs few days before Easter. Mothers usually get them for their kids,” Sayed Ibrahim, a super market sales person, says. In an average Egyptian supermarket, a large carton of 30 eggs usually costs around EGP 30. During the days prior to Easter, the price can increase to reach EGP 32 for one carton. “Of course. It is a season for us so we have to increase the price of eggs because we initially buy them for a higher price,” Ibrahim says.

Some shops, specialised in selling herbs and spices, sell natural colours used to colour the Easter eggs. “We sell small sacs of powder colours that are put in boiling water to colour the eggs,” Taha, a salesman at an herbs shop, says. Some mothers prefer these natural colours than the over-the-counter artificial colour sets.  Natural egg colours sold in herbs shops usually come in red, orange, green, blue and yellow. “They are all extracted from natural food. Red comes out from Hibiscus and the brown is extracted from cocoa. Therefore all of them are very safe for the kids,” he says.

A small pack of natural colours contains 10g of powder colours cost EGP 5. “Honestly it is getting very expensive this year. I used to buy two for 2 EGP last year,” says Nesma, mother of three shopping for natural colours. This year prices are soaring. Thus, some families limit the festivities to buying small quantities of eggs and certain colours. “Instead of filling a large basket of coloured eggs to eat for Easter breakfast, we just give each child two or three eggs to colour and that’s it,” Nesma says.

Back to the pharaohs’ times

Sham El-Nessim came to be during the ancient times of Egyptian pharaohs, around 2700 BCE. It marked the start of the spring festival- a day where ancient Egyptians believed that the day and night hours are equal. They test it annually by viewing whether the sunlight lies directly on the Great Pyramids or not.  It is also said to have been an agricultural festival. Abdel Nasser Saber, a tour guide in the Upper Egyptian city of Aswan, explains that during ancient times the celebration was called the Feast of Shmo, which means in English the “revival of life”.

“The ancient Egyptians were known to divide the year into three seasons. Sham El-Nessim is the start of the spring season,” he says. It is usually celebrated on the Monday after Coptic Easter; therefore it does not lie on a fixed day every year.

Since the occasion dates back to ancient times, its main symbols; eggs and salted mullets, or in Arabic feseekh, have ancient Egyptian bonds. Saber explains that eating feseekh in particular is a custom known to have been practiced by ancient Egyptians on the day. “The ancient Egyptian used to live close to the river Nile. So people used to store and salt the extra fish they had,” he says. As for the green onions, which are another principal component of Sham El-Nessim’s salty meal, Saber says it is historically known to cure many illnesses.

Smoked herrings, sardines and melouha, another kind of salted fish, are other essential complementary items beside feseekh. Some people prefer to eat herrings only to avoid the relatively long-lasting smell of feseekh. In average shops specialised in selling feseekh, one kilo costs anything from EGP 90 to EGP 120. This means the price of two to three fish. As for the smoked herring, a kilo has reached EGP 40. “Last year, I remember I bought herring for EGP 20 for a kilo. The prices are higher this year,” says Doha, who was lining up in a queue in front of a feseekh shop in Downtown Cairo.

Am Abdo, the owner of the shop, says the prices have increased about 20% this year due to the skyrocketing cost of importing fish from abroad. “I can see a bit of a difference this year. Not so many people have bought large quantities. The average sale is around a kilo and a half, maximum,” he explains.

Some families refrain from buying salted fish on Sham El-Nessim. “I hate it. I feel the entire house smells like rotten fish. I am okay with colouring and eating eggs,” says Ahmed Mohsen, a 34-year-old father. He says his wife, Heba, however likes salted mullets, and he doesn’t allow her to eat it inside the house. “I send her to eat it at her mother’s house,” Mohsen says laughing.

As for Coptic Easter, which is celebrated this year a day before Sham El-Nessim, it is one of the major Holy Nativity Feasts. It ends the period of 55 days of the “Great Fast”, when Copts abstain from eating meat, chicken or fish. The day of Coptic Easter, usually lies on a Sunday and is calculated according to the Coptic solar calendar in March or April of every year.

Coptic Easter does not start only on Sunday. Easter festivities start about seven days prior to the actual Easter day. “This is called Coptic Holy Week or in Egypt known as the ‘Week of Pain’,” says Ihab Guirguis, a 28-year-old Coptic engineer. He explains that this week is a memory of Jesus Christ, from his entrance to Jerusalem until his resurrection. The actual service of Coptic Easter starts on Saturday evening where Copts perform their rituals of psalm reading and hymn signing. Coptic Easter is the day that symbolises the resurrection of Jesus Christ.

When the week of pain starts, from Palm Sunday to Maundy Thursday, or “Thursday of Promise”, many churches in Cairo are covered from the inside with black. Slow and sad music are usually heard inside halls. “During the Week of Pain we hold few prayers and read the parts of the Bible that narrates the story of Jesus’ life and what has happened on that day,” Guirguis explains.

On Good Friday, the day on which Copts commemorate the crucifixion of Jesus Christ, processions took place in front of four churches in the Cairo neighbourhood of Al-Daher. A statue of Jesus was placed in a ceremonial casket. Worshippers placed roses on the casket to mourn the death of Jesus.

“Every year during this week, I am accustomed to taking my family to church in the evening to make prayers… It is a special part of the year for us,” Guirguis says.

The Easter mass starts on Saturday evening, where Pope Tawadros II plans to lead the mass at 9pm at the St Mark’s Coptic Orthodox Cathedral. On Saturday night, Copts usually gather for copious dinners, filled with meat and chicken. “We break the fast of almost two moths of vegan diet…It is a day that we wait for proper good food,” says Guirguis.