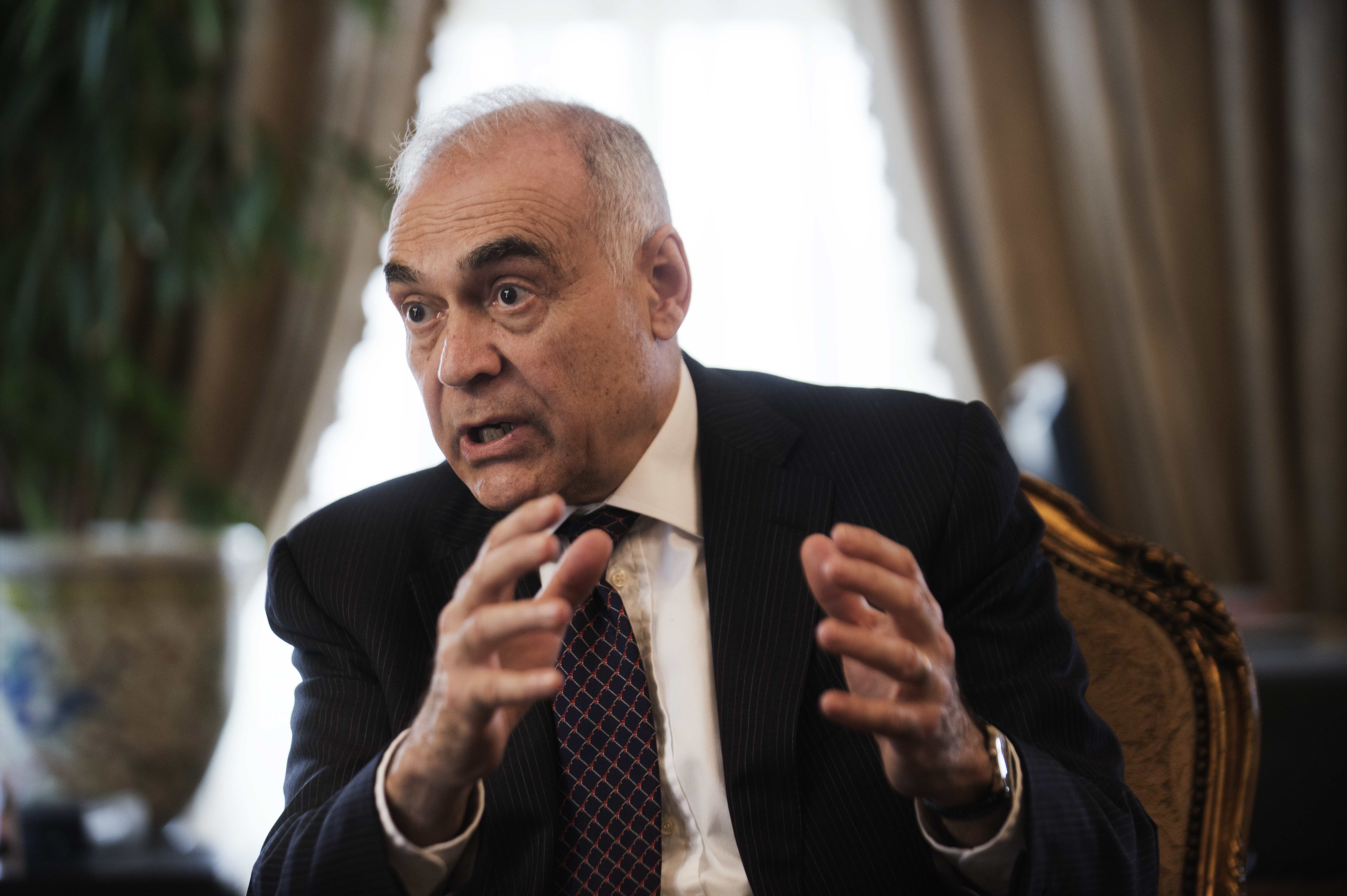 Egyptian Foreign Minister Mohamed Kamel Amr denied any Iranian pressure on Egypt to change its stance on the Syrian crisis.

In a press conference held at the Foreign Ministry, Amr denied that Egypt withdrew its acting ambassador Alaa Abdel Aziz in Damascus, reported state-owned Al-Ahram. Rumours circulated regarding Iran’s influence over Egypt’s decision to return its acting ambassador to Damascus after his withdrawal.

Abdel Aziz returned to Egypt on vacation, Amr said. He added that the acting ambassador returned to Damascus due to the presence of an Egyptian community in need of assistance.

Amr criticised aggressive attacks on Arab lands. “Egypt has no confirmed reports of Israeli raids on Syria,” he said, stressing the importance of respecting Syria’s sovereignty.

The presidency released a statement on Sunday condemning the “Israeli aggression in Syria”, and describing it as a “violation of international laws and principles”. It added that the Israeli raids further complicate the current situation, as well as threaten the security and stability of the region.

“Despite Egypt’s strong rejection of the bloodshed taking place in Syria and the use of the army’s weapons against the Syrian people, we also reject any attack on Syria or breach of its sovereignty,” the presidential statement read.

The presidency described Israel’s attacks as a “true test” of the international community regarding sticking to international law. It called upon all countries to shoulder their responsibilities in preserving international peace and security.

The Al-Tayar Al-Sha’aby (Popular Current) also released a statement condemning the “Zionist Israeli aggression” in Syria. The group added that no Arab can accept such aggression regardless of their disagreement with Bashar Al-Assad’s regime.

An Israeli raid on rural Damascus was reported on Sunday, allegedly targeting a military facility where Iranian weapons sent by Lebanese militant group Hezbollah were stored. This marks the second Israeli attack on Syrian territory in 48 hours after Israeli rockets were fired at the Jamraya Military Research Centre in the eastern Ghouta region on Thursday.