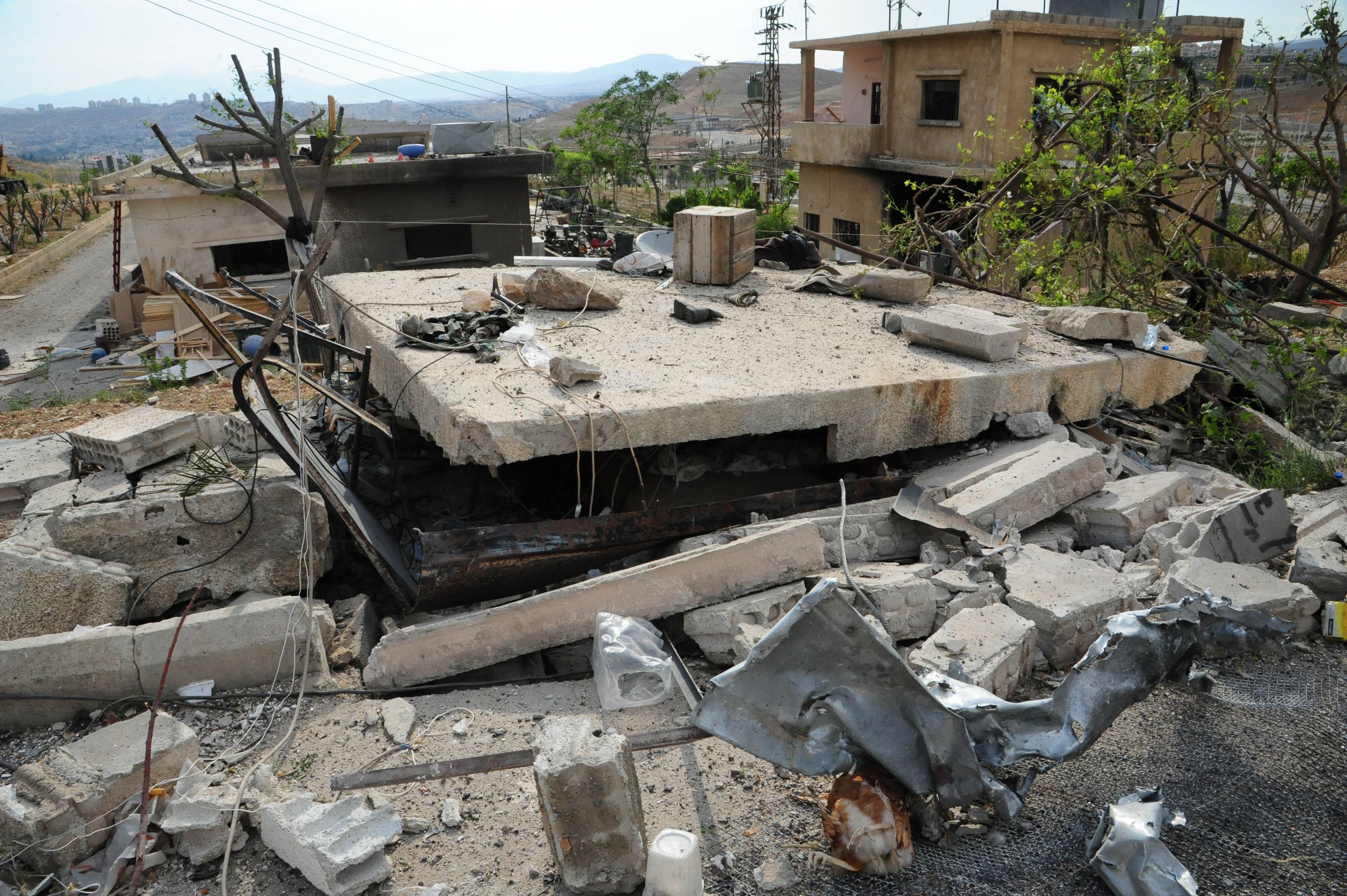 The United Nations Commission of Inquiry on Syria said on Monday there was no conclusive proof either side in the Syrian civil war has used chemical weapons, despite claims made by one of its members to the contrary. Carla Del Ponte told the Swiss public broadcaster RSI on Sunday that the Commission had collected testimonies from medical personnel in Syria which implies opposition fighters have used Sarin gas during combat. The comment was made the same day large explosions near Damascus were blamed on an Israeli airstrike.

The Syrian civil war has killed more than 80,000 people over the past two years, sparking fears of potential chemical warfare. Both the Syrian government and rebel forces have accused each other of using chemical weapons.

Del Ponte said it was not surprising to find opposition fighters may have used chemical weapons given they have been “infiltrated by foreign fighters”.

“The Independent International Commission of Inquiry on the Syrian Arab Republic wishes to clarify that it has not reached conclusive findings as to the use of chemical weapons in Syria by any parties to the conflict,” the commission said in a statement on Monday.

The United States government has repeatedly stated that the use of chemical weapons is a red line in Syria which if crossed would lead to a greater involvement in the conflict by the western power. President Barack Obama however has been careful not to jump to conclusions, saying there first must be irrevocable proof that the government has used such weapons.

Meanwhile Sunday’s airstrike near Damascus has drawn widespread condemnation from several Egyptian political groups, as well as the government and the Arab League. The Syrian government has blamed Israel for the airstrike, and international news outlets have cited unnamed Israeli officials who claim the strike was targeting Hezbollah operatives in Syria.

A statement issued by the Freedom and Justice Party (FJP) on Monday “condemned in full the heinous Zionist aggression on Syrian territory”, stressing that the attack is “a violation of Syrian sovereignty over their lands even though we disagree with the current Syrian regime”.

The FJP added the attack highlights the seriousness of the deteriorating situation in Syria and reiterated its support for the Syrian people against any form of aggression, “whether from within or abroad”.

The party called on Arab leaders to “stand united against these brutal attacks and to pursue the search for a quick solution to resolve the Syrian crisis”. The FJP said it stands against any attack on an Arab country, calling on the international community to “take responsibility for the repeated Zionist violations against Arab peoples and territorial sovereignty”.

The Minister of Foreign Affairs Mohamed Kamel Amr condemned the attack, saying Egypt supports the aspirations of the Syrian people and stands at their side in the face of violence and destruction. “Any Israeli aggression on Syria remains totally unacceptable,” Kamel Amr said, warning that such attacks will lead to increased instability in the region.

The foreign minister demanded total cessation of such operations in Syria, adding Israel must not engage in the Syrian crisis in any way. A similar condemnation was also voiced by President Mohamed Morsi.

The Syrian Foreign Ministry said the attack shows Israel is cooperating with terrorist such as Al-Qaeda-affiliated militants. Israel however has not officially accepted responsibility for the attack.

If Sunday’s attack was carried out by Israel, then it marks the second such attack in less than three days, and the third attack this year.

The National Salvation Front (NSF) meanwhile also condemned the attack. Amr Moussa, head of the Congress Party and founding member of the NSF, said in a statement on Monday that Israel should not get involved in Syria. Moussa said the attack begs the question whether or not the airstrike was carried out on behalf of other groups.

The Misr Al-Qawiya Party also condemned the attack, blaming Israel for carrying out “despicable acts sponsored by the US administration”.

Arab League Secretary General Nabil Elaraby issued a statement on Sunday condemning the attack. Elaraby warned the attack would have serious consequences and called on the League’s Security Council to take immediate action to stop such attacks from taking place.

The European Union meanwhile urged calm. “We are looking with great concern at the recent developments in and around Syria, that risk dragging the region into an increasingly violent and expanding conflict,” the EU High-Representative’s spokesperson, Michael Mann, said on Monday. “We call on all concerned to refrain from actions that further jeopardise the already extremely fragile security situation in the region. We reiterate our calls on all parties to engage sincerely in finding a political solution.”

Israel has repeatedly said it does not wish to be involved in the Syrian civil war, although it has not ruled out precision strikes against Hezbollah operatives in the war-torn country. Unnamed US officials had told the New York Times on Sunday the attack was aimed at a shipment of surface-to-air missiles from Iran which Israel believes was destined for Hezbollah fighters.

The missiles in question were said to be Fateh-110 missiles, an Iranian-produced surface-to-surface missile which the New York Times said has a range of 300 kilometres, enough to strike major population centres in Israel from Hezbollah’s stronghold in Lebanon.

Iran has denied the claim, saying Hezbollah has no need of Iranian backing as the anti-Israeli resistance has matured enough to defend itself from any Israeli aggression.

Israel has remained tight-lipped regarding the airstrike. The country’s Foreign Affairs Media Spokesperson Paul Hirschson confirmed Israel had moved some of its Iron Dome missile defence systems to the Golan Heights but would not comment on whether or not it was related to the attacks.