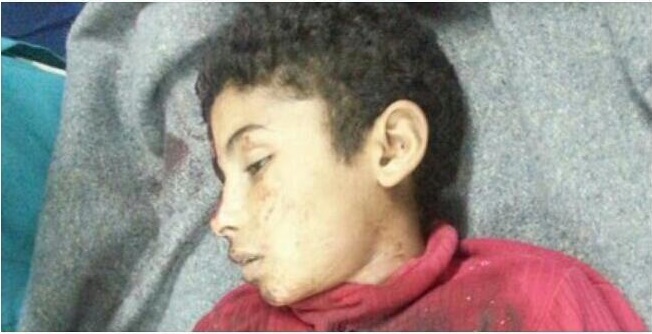 A military court handed out a three year sentence to the army conscript accused of killing Omar Salah Omran, the 12 year-old sweet potato vendor who was shot dead in February. The Egyptian Coalition on Children’s Rights (ECCR) issued a statement on Tuesday denouncing the verdict as too lenient and criticising military trials.

The conscript was charged with manslaughter and disregarding military commands and was sentenced to three years’ imprisonment with forced labour. “And so the curtain closes on one of the most serious violations since the revolution faced by the system tasked with protecting children’s rights in Egypt,” the ECCR statement said, calling the sentence “disproportionate” to the crime and a reflection of the decline in children’s rights in Egypt.

ECCR said it would strive to protect Omran’s rights, as well as the rights of all children in Egypt. ECCR added that its lawyers would bring the case in front of a civilian court once the military court procedures are finalised.

In April ECCR highlighted several issues with the investigation into Omran’s death and the subsequent trial. ECCR lawyers were not granted access to the forensic autopsy report and the military court imposed a media blackout, preventing Omran’s father and lawyer from having access to investigations.

The fatal shooting was initially blamed on police by human rights groups before the army claimed responsibility. The shooting did not occur during a protest, and the army promised it would treat those responsible according to the law.