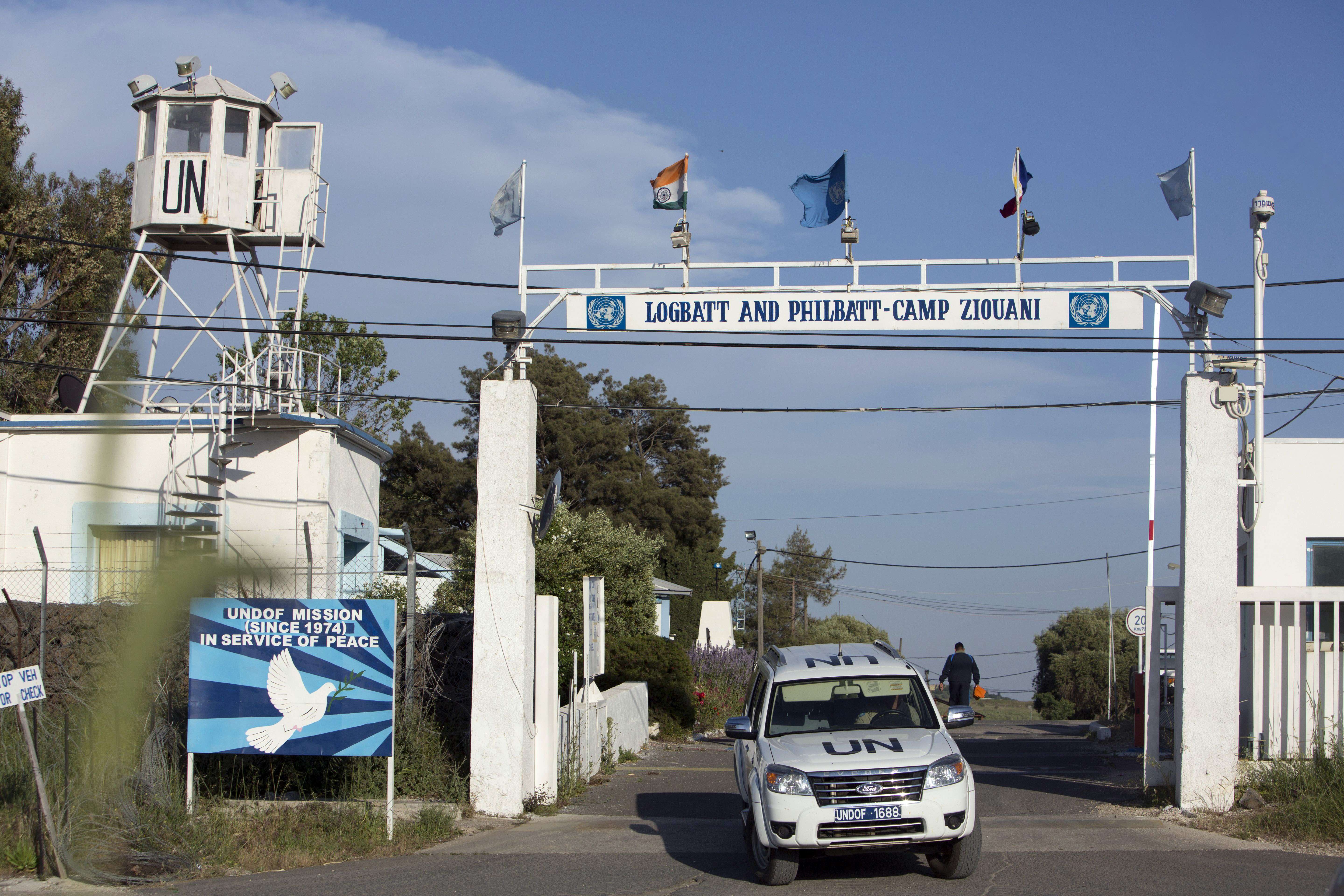 A Syrian rebel group claimed responsibility for the abductions.

The four were “detained today by an unidentified armed group while they were patrolling” near Al Jamlah in the ceasefire zone between Israel and Syria, said a UN peacekeeping spokeswoman Josephine Guerrero.

“The four are from the Philippine battalion. Efforts are underway to secure their release,” Guerrero added.

UN officials, speaking on condition of anonymity, said there has been mounting military activity by Syrian government and opposition forces in recent days in the zone patrolled by the UN Disengagement Observer Force (UNDOF).

In a Facebook posting, the “Yarmuk Martyrs Brigade” rebel group said they had taken the four peacekeepers for their own safety because of fierce fighting in the area. The rebel group also staged the abduction in March.

The Yarmuk Martyrs Brigade said it staged “an operation to secure and protect United Nations forces in Wadi Yarmuk in the area between Syria and the occupied Golan Heights.”

The posting showed a photograph of four men in blue flak jackets, with three of them marked “UN” and “Philippines.”

The statement said shelling by President Bashar al-Assad’s troops and fighting in the area “seriously threatened the safety” of the peacekeepers and had prompted the fighters to “intervene and work to get them out.”

The Syrian Observatory for Human Rights watchdog confirmed there was heavy fighting in the area.

“The secretary general calls on all parties to respect UNDOF’s freedom of movement and safety and security,” he added.

UNDOF, which has been in the Golan Heights since 1974, has about 1,000 troops and civilian staff.

The 917 troops from Austria, India, the Philippines, Morocco and Moldova carry only very light arms.

The United Nations sent extra armored personnel carriers, ambulances and other security equipment to the force after the March 6-9 abduction.

The ceasefire line has seen increased hostilities from the two-year-old Syrian war, with shells from the Syrian side falling onto Israeli territory and the Israeli military firing back.

Ban said in a report in March that there had been “continued, often intense, clashes between the Syrian armed forces and armed members of the opposition” in the ceasefire zone.

UNDOF peacekeepers had also “observed and reported instances of continued transborder movements of unidentified individuals, some of them armed” between Lebanon and Syria in the northern part of the ceasefire zone,” the report added.

Israel, which is technically at war with Syria, has occupied 1,200 square kilometers (460 square miles) of the Golan Heights, which it annexed in 1967, in a move never recognized by the international community.