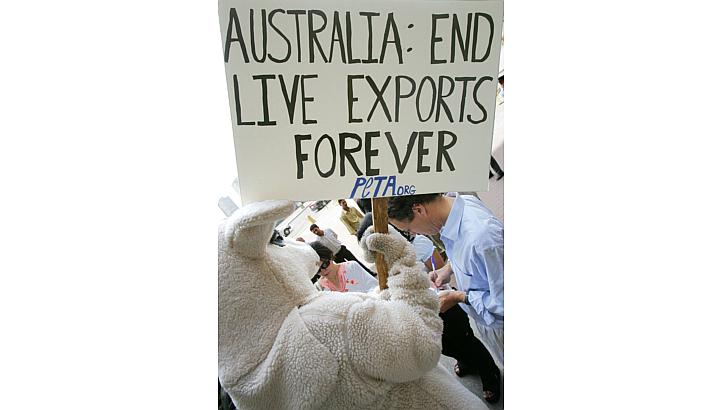 The Egyptian government has not received any official statement from Australia informing them of their decision to halt livestock trade between the two countries, according to Salah Abdel Moemen, Egypt’s former Minister of Agriculture, who spoke on the Al-Hayah TV channel.

“Egypt has not imported any Australian livestock since August 2012, due to the amendment of procedures between the countries, along with the refusal of the government not to import fattened cattle,” he said.

Moemen, who was replaced on Tuesday by Ahmed Al-Gizawy as part of a cabinet reshuffle, added that the ministry tried to apply both “Egyptian and international standards” in dealing with the animals.

“We did not receive any official statements from the Australian Embassy in Cairo or the Australian Department of Agriculture,” said Chairman of the General Authority for Veterinary Services Osama Selim.

There are currently two shipments of Australian calves to be immediately slaughtered at abattoirs in Ain Sokhna, Suez, and Ismailia.

Australia’s livestock industry suspended the export of livestock to Egypt after a video surfaced depicting animal cruelty, allegedly filmed in an Egyptian slaughterhouse. Despite the decision, the Australian media reported that the country’s agriculture minister said that live export trade to Egypt has a bright future if animal welfare outcomes can be improved.

“The department has already consulted with the Egyptian authorities and has formally requested an investigation in line with the Memorandum of Understanding on the Handling and Slaughter of Australian Live Animals between our two countries,” Australia’s Department of Agriculture, Fisheries and Forestry (DAFF) said in a statement on Friday.

The slaughterhouses in question were approved under a joint agreement signed in 2010 which allowed for the resumption of live exports to Egypt after the last case of animal abuse was discovered.