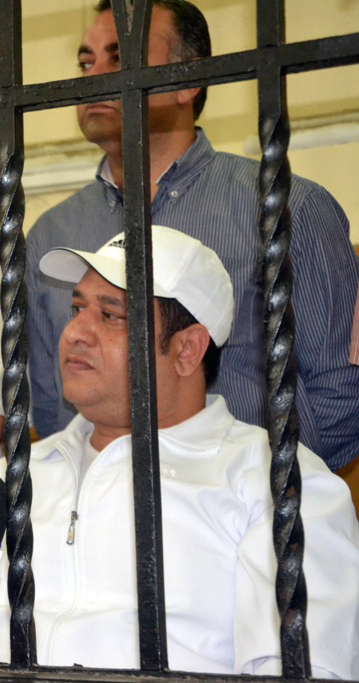 Sabry Helmy Nakhnoukh was sentenced by the Alexandria Criminal Court to 28 years in prison on two separate accounts on Wednesday.

He was sentenced to three years for possession of drugs with the intention of drug use and to 25 years for the unlicensed possession of weapons, forging official documents and breeding wild animals, according to state-run Al-Ahram.

Nakhnoukh, 49, was arrested when police raided his villa in King Mariout, outside Alexandria. They also arrested 16 associates who were at his home during the raid.

Police found a huge cache of firearms, including automatic weapons, explosive detonators, and rounds of ammunition. The ministry also stated that hashish was also found in the residence. Police also recovered EGP 56,995, US$3,060, and 4,000 LBP.

Days after Nakhnoukh’s arrest, he and Freedom and Justice Party leading member Mohamed Al-Beltagy engaged in a war of words.

Al-Beltagy called for an in-depth investigation into Nakhnouhk’s ties with the former regime. Nakhnoukh stated that his arrest was purely political and said that he had documents that could damage the reputation of Al-Beltagy and other Muslim Brotherhood figures.