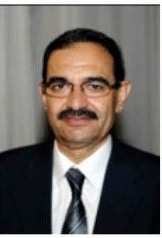 Ratification of the new budget and bringing about tax reforms are the Ministry of Finance’s most pressing concerns, said the new minister of finance, Fayyad Abdel Moneim, in a press release on Wednesday.

Abdel Moneim was appointed as part of Tuesday’s cabinet reshuffle. He was previously a professor of economics at Al-Azhar University.

The Ministry, he said, would also be activating the maximum limit for wages and completing the reform programme necessary to make Egypt eligible for the $4.8bn International Monetary Fund (IMF) loan.

The Ministry will also be issuing sukuk to finance a private sector project, he said.

“Sukuk are a new financing mechanism which will be important for the Egyptian market,” he said. “Sukuk will meet the needs of all major segments of investors interested in investing in equity instruments rather than debt instruments.”

“I am aware of most of the Ministry’s current projects, as I’m a university professor and an economic researcher,” he said. “Moreover, I have attended various dialogues which discussed the economic reform programme.”

“So, I have a clear vision about procedures that should be taken to achieve the President’s and Prime Minister’s policies,” he continued.

He added that he will hold a series of meetings with Ministry officials and the heads of relevant organisations and sectors.

The minister emphasised the continuity of fiscal policy on social support, as well as cooperation between the Ministry and the Central Bank of Egypt.

He also said that the “current ideology” of the Egyptian government “looks like that of the ousted regime of Hosni Mubarak, with the same policies and same techniques based on dependency”.