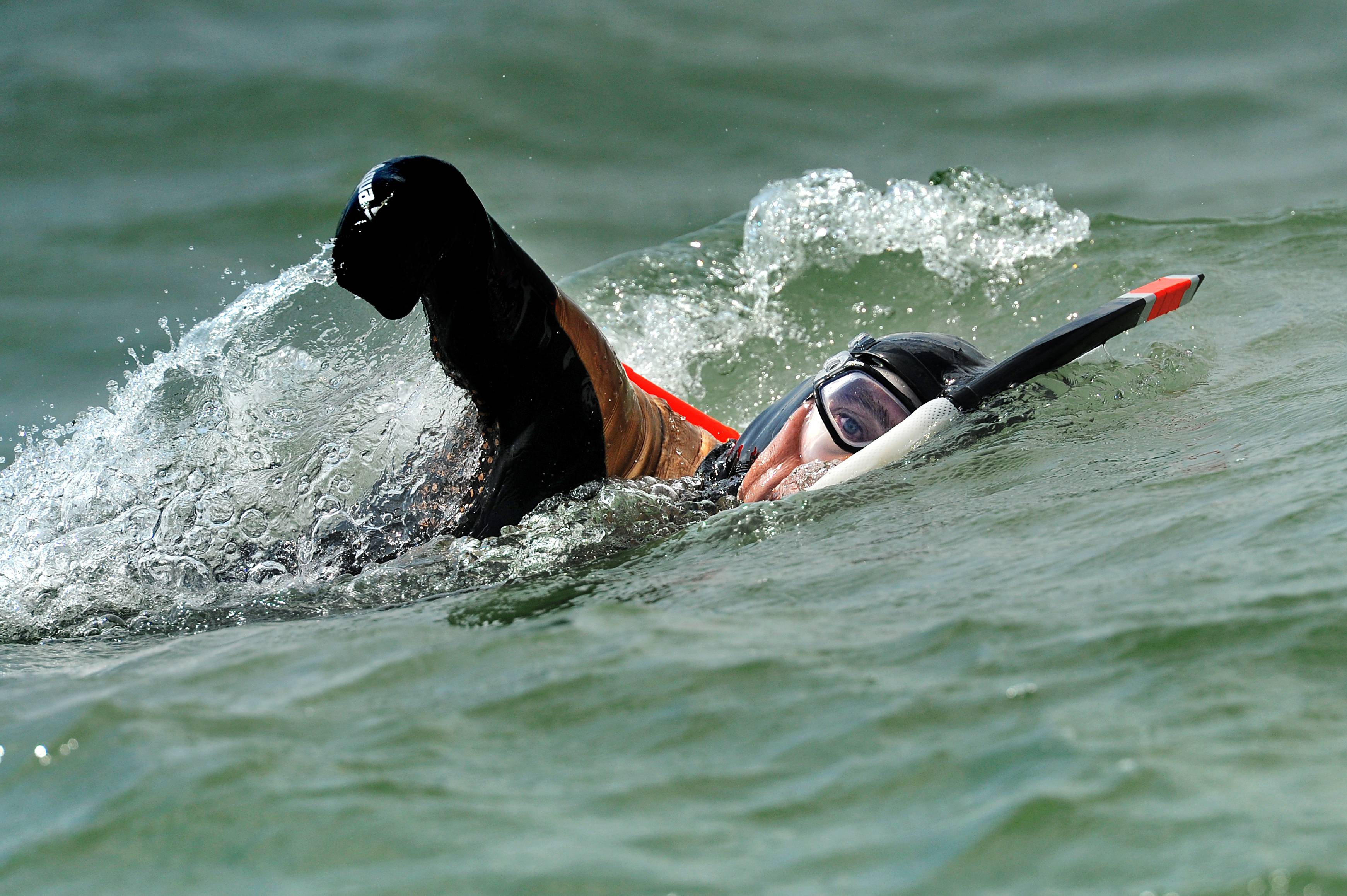 Only a handful of people have swum the straights that link the continents of the world, but Philippe Croizon is the only one that has managed this feat without the use of arms and legs. His story is one of a great sports achievement but also one of overcoming physical disabilities, perseverance and most of all courage.

In 1994 Croizon’s life changed dramatically; while trying to remove an antenna from his roof 20,000 volts coursed through his body, causing severe burns of his arms and legs. The then-26-year-old Croizon spent the next three months in a hospital under sedation and despite the best medical efforts his limbs had to be amputated one by one.

“I was aware when the decision was made to remove my last leg and at that moment I thought my life was over,” Croizon said. He spent the next two years in a rehabilitation centre to learn to be autonomous again, but when he finally returned home he sunk into a deep depression. “For years I sat on the couch and watched TV. My family and I would tell each other all was fine, but it really was not and after seven years all the anger and depression came out.”

Croizon went through a very difficult year to find a way to finally accept his situation. “The worst thing you can do is not speak about how you feel,” he said. “The longer you keep things inside, the worse it is when it finally comes out and during the time you do not speak it will ruin your life.” It is a message Croizon emphasises whenever he gives a lecture.

The idea to swim across the straights was born out of a joke. “I had seen a report on TV about a young girl swimming across the English Channel and it had stuck in my mind,” Croizon said. “When I did a parachute jump a journalist asked what my next goal was and I jokingly said that I wanted to swim across the channel. During a TV interview not long after I was asked if I was serious and I said yes. And then I had to,” he added laughing.

Croizon started to assemble a team that would help him to get into shape. “I was never a sportsman, even when I had all my limbs, and the team was not convinced at all that I would be able to do it at first,” he said. Months of exhausting training followed and at some point it looked like the project would never happen.

“The team did not think I would be able to get fit enough and the strain on my body was starting to take its toll and they were recommending we stopped,” Croizon said. By then his fighting spirit was up and he negotiated a deal: “I asked them to give me one more chance and I trained as hard as I possibly could and managed to convince them all would be OK. It was a close call though!”

The rest is history, after two years of training and 4,000km of swimming in training Croizon managed to cross the 34km-long English Channel and the plan to swim all the straights that connect the continents was born. It was a journey that would take the team all over the world and an experience that is documented in the film Swimming Beyond Borders. He is quick to give credit where it is due. “It was not just my achievement, it was a team effort,” he emphasised several times.

“It was not simple to find a way to make sense of what happened to me and I have gone through years of dark and hard times,” Croizon said. “But with the help of my family and friends I made it and today I am a happy man.”

While his sportive achievements are impressive, Croizon’s lust for life, sense of humour, honesty and down to earth attitude are what truly inspire.