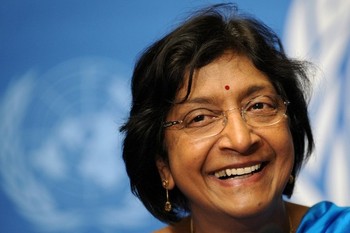 In press statements, Pillay said that the draft law “largely ignores input from local and international human rights organisations”. She said she fears “draconian restrictions” could be imposed on civil society organisations if this draft law is enacted.

The UN commissioner stated that her office had submitted comments and proposals regarding the draft law, which is currently being discussed by the Shura Council and has yet to be approved or rejected.

“It is unacceptable for the Commissioner to voice political opinions on internal affairs,” Mohi El-Din said. “However, our party finds numerous faults with the draft law which would prevent us from approving it.”

Mohi El-Din said that Pillay’s statements could weaken the position of opposition groups rejecting the NGO law, which has been heavily criticised by local and international groups.

Freedom House recently described the law as “restrictive” and said that the discussion and drafting of the legislation was rushed.

Pillay also said she feared Egypt was “falling far short of its human rights obligations” in general. She specifically referred to the obligations dictated by the International Convention on Civil and Political Rights, ratified by Egypt.

As an example of this, Pillay said the new constitution risks giving the executive authority excessive powers over the judicial authority. She also mentioned “apparent efforts” to limit the judiciary’s authority. The UN commissioner also criticised the targeting of protesters and public figures through legal action.