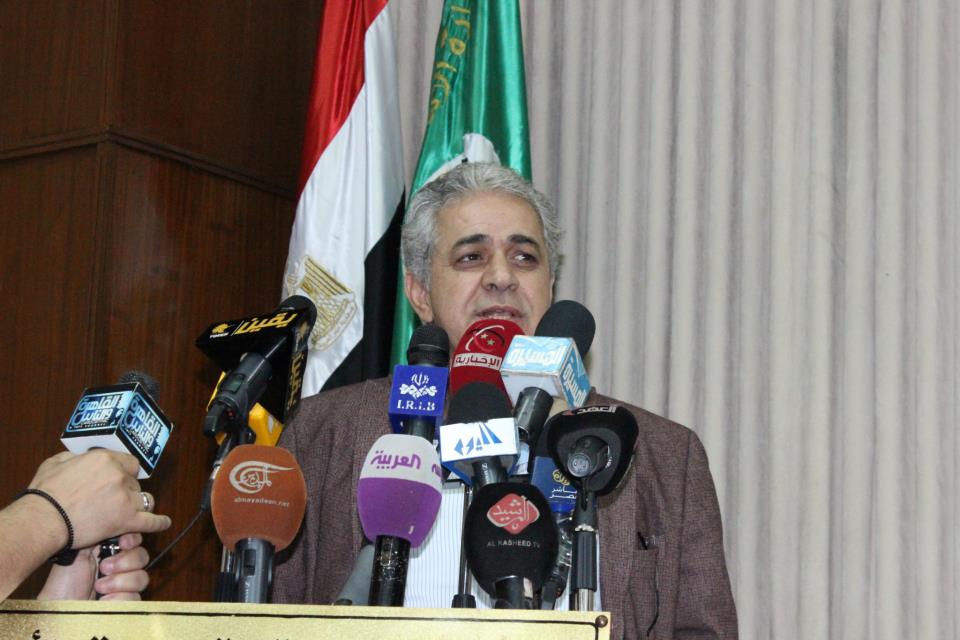 A group of political movements launched on Wednesday a campaign entitled ‘Hanharrarhom’ (We Will Free Them), established to organise popular pressure to release detainees arrested for taking part in revolutionary events.

The launch of the campaign was announced during a press conference held for political detainees. Political movements such as the Al-Tayar Al-Sha’aby (Popular Current), 6 April Democratic Front and the Free Front for Peaceful Change took part in the press conference.

Mustafa Al-Hagary, the 6 April spokesperson, said: “The current regime lives on the martyrs’ blood and strengthens its rule through increasing the number of detainees.”

Al-Hagary stressed the importance of supporting low-profile detainees. “They need us the most,” he said. “If we manage to free them, then the freedom of all popular detainees will follow.”

Al-Gindy addressed President Mohamed Morsi during his speech, saying: “The youth currently in jail are the same people who got you out of jail two years ago.”

Al-Dostour Party member Shady Al-Ghazaly Harb said that a ‘corrective revolution’ is planned for 17 May to topple the Muslim Brotherhood regime and release all revolutionary detainees. Reading the official statement prepared by political movements organising the press conference, Harb stated that the planned revolution would bring security back to the Egyptian streets and draft a new constitution which represents all Egyptians.

“There is no way to free all of our detainees except through toppling the current regime,” the statement said.

Ali Seliman, a lawyer and member of the Front to Defend Egypt’s Protesters, said he alone had documented at least 600 detainees arrested during Morsi’s time in power. Seliman listed a number of violations of detainees’ rights, including physically attacking them during their arrests, detaining them in illegal places such as Central Security camps, and preventatively detaining them.

“The problem is not with the shortage of bread or gas cylinders,” Seliman said. “The problem is with our kids; they are detained, tortured and killed.”

Speakers at the conference also included the families of detainees. Mohamed Abdel Wadood, the father of Abdel Rahman Al-Araby, denied that his son was part of any group. Al-Araby, who is 16 years old, was arrested at his house over two weeks ago after the prosecutor general issued an arrest warrant for him, alongside 21 others, for being Black Bloc members.

“The policemen who arrested my son could not believe they were sent to arrest such a young kid,” Abdel Wadood said. He stated that his son was allowed to attend a school exam on Tuesday amid maximum security measures.

Nourhan Hefzy, the wife of blogger and political activist Ahmed Doma, also spoke about her husband’s detention. An arrest warrant was issued for Doma accusing him of insulting the president. He has been detained for nearly two weeks.

“We cannot be silenced,” Hefzy said. “If you detain Doma forever or kill him, a thousand others will still protest against you.”

Other families held pictures of their detained relatives, calling for their release.

The Hanharrarhom campaign scheduled a protest for detainees to take place on Wednesday afternoon in Talaat Harb square.