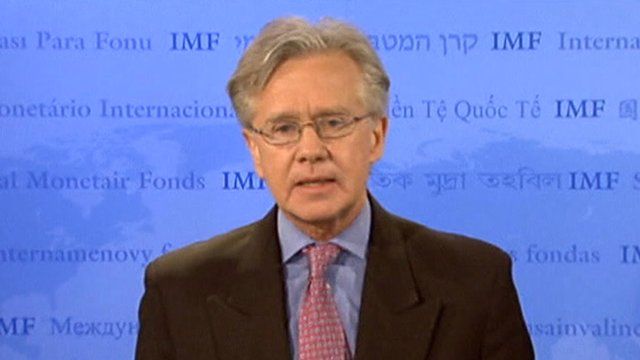 The IMF is working with the Egyptian authorities to develop a plan to address “growing fiscal imbalances,” Fund spokesman Gerry Rice said.

“We are awaiting updated economic data and reform plans from the authorities,” Rice said at a regularly scheduled news conference. “The economic conditions have been evolving,” he added.

The spokesman said that no new IMF mission to Egypt has been discussed or scheduled.

The IMF and Egypt have been in talks for months over a multibillion-dollar IMF loan that is contingent on strong support from domestic political actors and a commitment to key reforms.

Authorities believe the IMF loan will help restore investor confidence in Egypt, where unrest that accompanied the 2011 uprising that toppled Hosni Mubarak hammered revenue from the once-lucrative tourism industry.

Last year the IMF reached a deal in principle to provide a $4.8 billion loan to help finance the government while it undertakes reforms.

The loan was close to completion in November when political changes in Cairo set it back.

Egypt’s current president, the Islamist Mohamed Morsi, is under pressure from an increasingly vocal opposition that accuses him of betraying the goals of the 2011 uprising.

“The downgrade reflects our view that the Egyptian authorities have yet to put forward — either to the Egyptian population or the international donor community — a sustainable medium-term strategy to manage the country’s fiscal and external financing needs,” S&P said in a statement