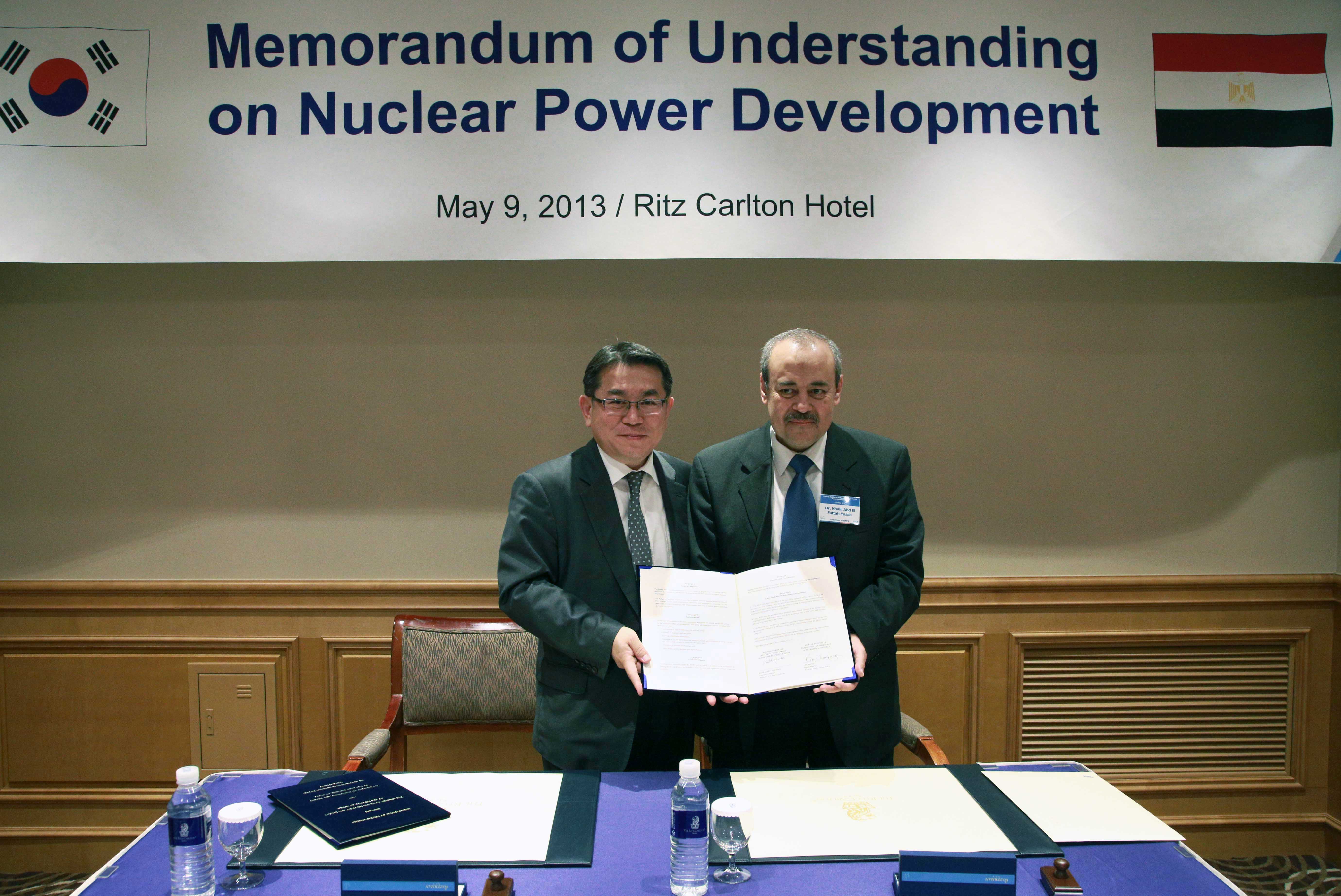 Egypt signed a memorandum of understanding with South Korea on Thursday during a visit by an Egyptian delegation attending the nuclear power capacity-building programme of the Korea International Cooperation Agency, according to Korean news agency Yonhap.

Head of the Egyptian delegation Khalil Yasso, the chairman of the group of Egyptian nuclear plants, signed the memorandum of understanding at the start of a seminar to discuss cooperation between the two countries in the field of nuclear power development, reported Yonhap. Yasso signed the understanding with the South Korean Minister of Trade, Industry and Energy Yoon Sang-jick.

The agreement will see the two countries work together to train the workforce for a nuclear power plant, share technical information, and discuss ways to appease the concerns of local residents, reported Yonhap.

The Ministry of Electricity and Energy has been looking into ways of reducing Egypt’s dependency on hydrocarbon energy sources. Nuclear energy is one of the top options the ministry is considering. The cabinet has made plans to establish a bidding process for the rights to build a nuclear plant in El-Dabaa in Matruh governorate.