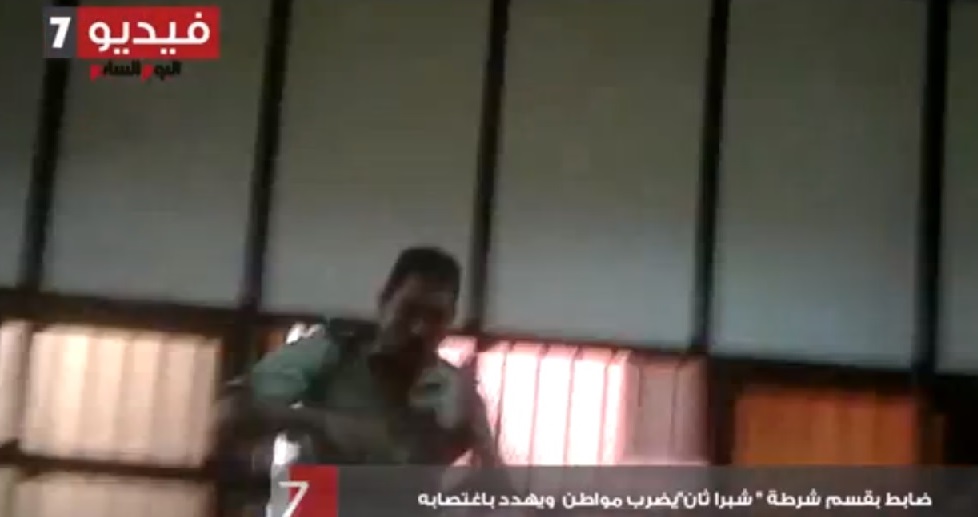 Al-Sayed, according to EOHR, was hit by a microbus and went with his mother to the police station to file a complaint. Eventually Al-Sayed and the microbus driver came to an agreement over the incident. EOHR reported that the police officer handling the case disagreed with this outcome and when Al-Sayed challenged him the policeman attacked his mother. The policeman also threatened Al-Sayed with rape. Al-Sayed was able to record the attack on his mobile phone, said EOHR.

A statement published by EOHR on Thursday said: “There is a continuation of the same practices and methods adopted by the Ministry of Interior before the 25 January revolution.”

EOHR called on the Prosecutor General to investigate the incident and also highlighted that the policeman’s actions are a violation of the International Convention against Torture and Other Cruel, Inhuman or Degrading Treatment or Punishment, to which Egypt is a signatory.

On 7 May EOHR reported an incident of alleged torture and called for the prosecutor general to investigate. On 30 April, EOHR condemned the torture of a group of students from Al-Azhar’s faculty of medicine in Assiut.