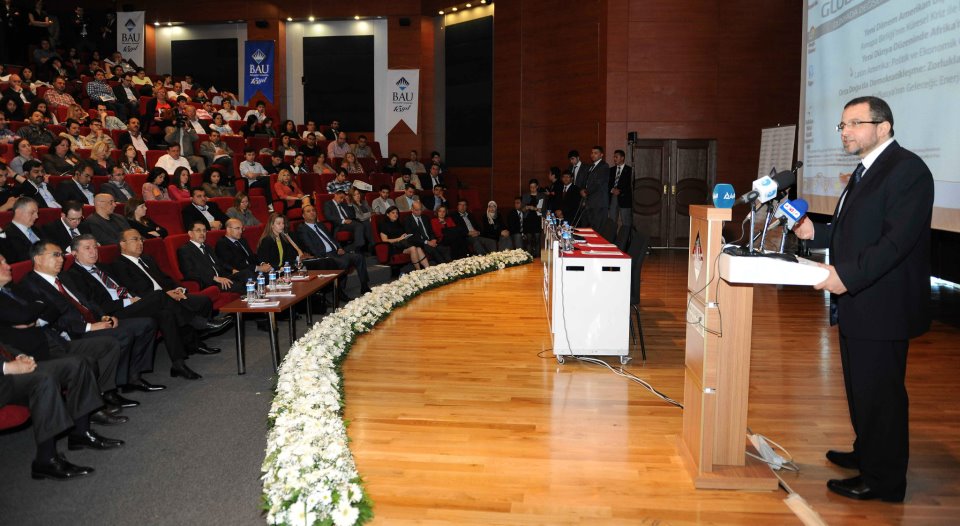 Egypt’s government requested that Turkey help to revive the country’s economy during a recent trip made by Prime Minister Hesham Qandil, Defence Minister Abdul-Fatah Al-Sisi, Investment Minister Yahya Hamid and Amru Darag, Minister of Planning and Cooperation. This came in addition to a recent trip made by Khairat Shater to Turkey, Deputy Supreme Guide of the Muslim Brotherhood.

The talks took place as Egypt’s credit rating was once again recently downgraded to a +CCC rating, with World Bank expectations for growth during the upcoming fiscal year projected at 2% as opposed to the 3.8% predicted by the government.

Turkish Prime Minister Recep Tayyib Erdogan, along with a number of other government officials, met the Egyptian delegation and promised to expedite the transfer of $1bn of the $2bn in total residuals pledged by the Turkish government. Talks were also held as to how best to put the money to use, either in the country’s transportation sector or restructuring Egypt’s public business sector, focusing on businesses working with yarns and textiles.

This was in addition to harnessing Turkish expertise to assist Egypt in the fields of education and commerce, said Prime Minister Hesham Qandil during a conference held with a number of Egyptian and Turkish businessmen as part of his visit to Turkey.

During his meeting with Turkish officials, Khairat Shater called on them to increase their rate of investment in Egypt, which currently stands at $1.5bn yearly, stating his confidence in Egypt’s current investment environment. Meanwhile Al-Sisi signed an agreement pledging to borrow $250m to help strengthen the two nation’s joint defence strategies.

Qandil, along with Yahya, Darag and 150 Egyptian and Turkish businessmen, also conducted a meeting of the Turkish – Egyptian Business Council. During the meeting, calls were made to address repeated security lapses throughout the country. Yahya stated that he would be meeting with representatives from Egypt’s Ministry of Interior in the coming days to ensure that Egypt’s economic trade zones were protected. He added that a Regional Director for Turkish Affairs will soon be appointed after the outstanding problems regarding Turkish investment in Egypt are addressed.

Qandil also said that he had recently entrusted Minister of Industry and Foreign Trade Hatem Saleh, and the new minister of investment, Yehia Hamed Abdel Samie, to study and review the establishment of a Turkish industrial zone in Egypt, in addition to devising new ways to improve the country’s legislative environment to encourage free trade between the two nations in a way that will help promote investment.

The prime minister added that Turkey would provide Egypt by the end of the month with 150 new clean energy vehicles to be used immediately upon arrival.

Economic cooperation between the two countries was beneficial for both sides, Qandil said. He added that ties with Egypt would help Turkey better penetrate the African market, while Turkey could provide Egypt with valuable commercial links to Eastern European countries. He further pointed to the special relationship enjoyed between the two countries, and mutual efforts currently being made to promote sustainable cooperation, which would help increase rates of economic growth for both countries.

Qandil further called on Turkish investors to put their money into plans to further help develop the Suez Canal area, which took in more than $5bn in revenue last year, a small amount compared to the nearly $100bn the Prime Minister envisioned for the future. He added that Egypt will soon reap the benefits of such a project, within the next few weeks to several months, adding that officials were working diligently to avoid making the same mistakes of the past that led to huge losses.

He further stated that the political will to undergo such a project was currently present on both sides.

The prime minister also explained Egypt was working to repair links with other foreign investors, who were currently suffering from economic hardships, forcing them to scale back investment. He pointed to the calming of the Egyptian street as evidence that investment would soon pour back into Egypt, improving the country’s economic lot. He added that the Shura Council was considering passing a new legislative package aimed at providing guarantees to investors in order to encourage future development. Qandil pointed to the government’s desire to develop and improve maritime trade routes in order to facilitate the transport of exports between both countries.

He added that Egypt was becoming increasingly more stable politically and in terms of security, a fact which will eventually help lead to the outpouring of Turkish investment into the country.

He added that the goal of the conference is to help bring businessmen from the two countries together to help facilitate the signing of future contracts and overcome any fears or concerns held by local and foreign businessmen regarding Egypt’s investment climate.

Qandil pointed out that Egyptians successfully threw out one of the world’s most repressive dictators in a period of just 18 days, saying that now there was nowhere for the country to go but up.

He went on to say that while Hosni Mubarak’s regime ruled the country using emergency law, Egypt today was a nation governed by the rule of law that did not rely on the use of a repressive police force to maintain stability.

Qandil stated that Turkey served as a model both politically and economically for those seeking to promote democracy in the region and promote equality between various sectors of society, one that other countries could learn and benefit from, particularly Egypt.

He went on to thank Turkey for the political and economic support the country has provided to Egypt since the earliest days of the revolution, saying that the former has always been quick to provide aid and support in order to help Egypt address its economic challenges.