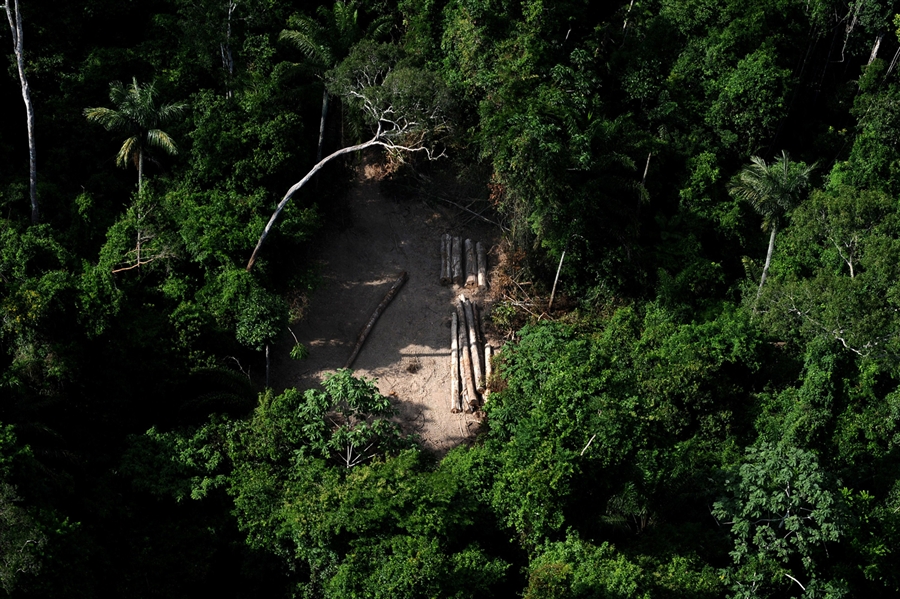 Minister of Housing and Urban Communities Tariq Wafiq and Minister of State for Environmental Affairs Khaled Fahmy recently visited Egypt’s Petrified Forest Reserve, located in New Cairo, on Saturday to review new plans for development and ways to end infringements committed against forest property. These infringements include dumping waste and stealing building materials in the reserve.

Wafiq added that the forest’s territory was located on 1,300 acres of land, and would soon be converted into a scientific, environmental, and tourist reserve. He added that a protocol was recently signed aimed at employing the efforts of both ministries in order to help end all border disputes regarding the forest and the city of New Cairo.

He added that a set of terms and conditions would be imposed by both agencies on all private consulting agencies seeking to work and operate within the forest, saying that it was important that Egypt reap the maximum benefit of such a great, natural reserve “given to them by God”.

Fahmy stated that the Ministry of State for Environmental Affairs would soon hire a guardianship agency to protect the reserve from property infringements. The company will be tasked with protecting the forest in addition to the Wadi Al-Rayan region, adding that the ministry would create its own prosecution unit to apprehend and legally pursue those who infringe upon forest territory.

He went on to say that a geological garden would be constructed in the heart of the forest, in addition to a taskforce charged with seeking and identifying excavation sites that could be exploited to help establish a museum. The museum would hold samples of fossilised wood found throughout the forest, estimated to be among some of the world’s oldest. Both ministries will seek the aid of a number of research departments in universities located throughout New Cairo to help in this endeavour.

Government will not sell lands of Petrified Forest: cabinet