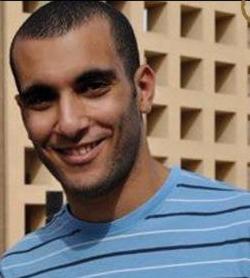 There are currently more than three million Egyptian students enrolled in higher education. Before the revolution, most of them dreamed of an opportunity to escape a country that is plagued by both corruption and nepotism. However, most of them were inclined to take a confrontational stance towards the social problems they once tried to escape. A wave of unprecedented forms of protesting in modern Egyptian history swept over campuses. Strikes, sit-ins, demonstrations and even occupy movements became a usual sight in both public and private universities, something that was thought to be as one of the undesired outcomes of the revolution, an unnecessary new cult that would distract students from their so-called sole purpose in life, studying.

The truth however is that the Egyptian student movement has been playing a vital role in national politics for the last 100 years. At times of excessive tyranny and brutal repression, when social injustices and grievances reached intolerable levels while the political arena and so called elites were shattered each striving after his very own personal interest, it was time for students to act. At times like these, students almost always rose to the occasion and acted as the glue that consolidated different political and social fragments in order to lift injustices off the wide Egyptian society. Yet the question remains, where are the Egyptian students at the moment and why are they so dormant on the national level except for some angry yet repeated statements on social media, despite their unprecedented level of activism inside the walls of the universities?

The student unions are the only elected entities on campus, thus they are the official representatives of the student body. They used to be highly politicised until Sadat cancelled political committees, dissolved the Egyptian student union that is composed of student unions from all Egyptian universities and prohibited political activities on campus after he was loudly opposed by leftist students who resented the political reorientation of Egypt towards the West and regarded privatisation as a prominent threat (his financial support and intentional revival of the Islamist forces to get rid of the leftist forces that greatly opposed his neoliberal policies are outside the scope of this article). Since then, candidates for the student union were prevented from running for office if they were discovered to be affiliated with the opposition. Moreover, the success of the almighty State Security forces in recruiting student union presidents as informants not only ensured the de-politicisation of the universities, but it has also managed to destroy the trust of the students in the sole body that is supposed to be representing them. Even though this has changed after the revolution with the introduction of a new student constitution that allows political activities and supposedly grants freedom of expression on campus, the fact that this constitution was imposed on students without being subjected to public voting is still in itself a major concern for the students who regard this act as blunt state intervention in student affairs regardless of its intentions.

The most difficult challenge students will have to face beside the security apparatus and the gap of trust between them and the student body is the newly formed class of elitist student revolutionaries who have claimed ownership of the revolution and declared impotent marches and chants as a profession that would pave the road for their recognition. This group of students interprets the slogan “the revolution continues” as the need to be present on the streets at all times without having a clear strategy on how to transform the chants into actual reforms. The problem with this new class of elite activists, who have gained their reputation from taking part in the revolution and engaging in clashes with the Ministry of Interior afterwards, is that despite their respectable tactical experience, they lack long-term strategies. Therefore, they have gradually diverted from their initial goals to the extent that the means have become a goal by themselves. These students, who are sometimes driven by their affiliation with political parties, prefer limited participation in student protests to ensure maximum media exposure and avoid any unnecessary clashes with the authorities, the same authorities they attack day and night on social media, and lame statements.

If the students are to ever regain their position as a vital player in the national political arena in a time marked by marginalisation of youth from a highly patriarchal society, they would have to regard themselves as the seed of the future Egyptian left. They have to have an applicable long term strategy that builds on past experience and aims to reform educational institutions while focusing on long term benefits. They would also have to realise that as much as they are needed to advocate for reforms on campus, they are also needed to advocate for social justice, political freedom and economic reforms off campus. This is because they are the most vocal and diversified class in a society of both educated and uneducated illiterates.

Can you hear the students sing?