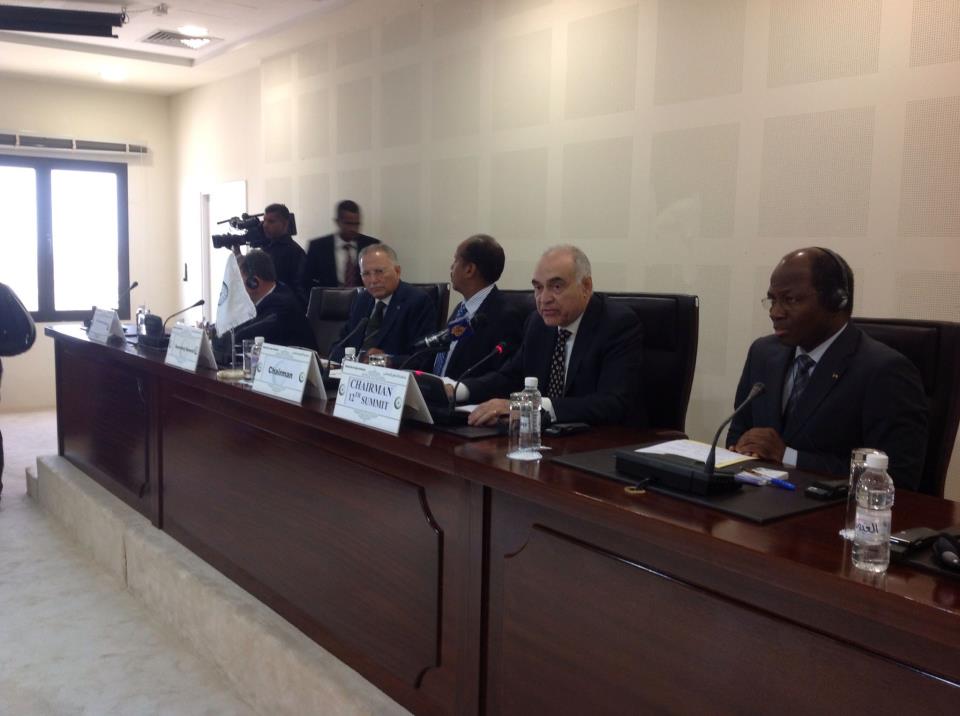 Minister of Foreign Affairs Mohamed Kamel Amr expressed Egypt’s desire to support efforts to rebuild Mali following the conflict between government forces and Islamist rebels in the north of the country.

Amr addressed a ministerial group formed by the Organisation of Islamic Cooperation (OIC) in Jeddah. He said that on the occasion of Egypt’s presidency of the OIC it “is keen to give special importance to address the crisis in Mali in all aspects; political, humanitarian and security”. He added that Egypt also desires to provide the “correct image of Islam” and to emphasise that there is no connection between Islam and terrorism.

The minister called on the different parties in Mali to “uphold the national interest above any other considerations”. He added that there “is no substitute for national dialogue to reach a comprehensive settlement to the crisis”. In this respect, Amr praised the establishment of the National Commission for Dialogue in Mali.

Foreign Minister Amr highlighted that the current crisis in Mali “is one of the symptoms of deteriorating security and the worsening economic and humanitarian situation in the region”. This has, he said, contributed to the rise in crime, while he also called for increased regional and international efforts to provide support to combat this by meeting the developmental needs of the Malian people.

The minister outlined Egypt’s plan for rebuilding Mali, which includes the contribution of Egypt’s highest Islamic authority, Al-Azhar to “spread the teachings of the true religion and the rehabilitation and training of Malian Imams”. He also called for increased security cooperation in the region, highlighting the importance of border control and the fight against organised crime.

Amr urged all member states of the OIC to contribute to the reconstruction and development efforts in Mali at an international donor conference to be held in Brussels on Wednesday. He added that Egypt is cooperating with the African Union Commission and the Mali government to host a meeting of experts to discuss the reconstruction and development of Mali.

Conflict broke out in Mali in January 2012 between the government and Islamist rebels who seized the north of the country. In March 2012 the Malian military staged a coup d’état, which was largely condemned by the international community. Following negotiations, Dioncounda Traoré assumed the presidency and pledged to fight the rebels in order to regain control of the country.

In response to a request for military assistance from Traoré, France launched Opération Serval in January 2013 in order to help combat the rebels.

Both the Egyptian ministry and President Mohamed Morsi spoke out against French intervention in January, stressing the need for a peaceful settlement to the conflict.