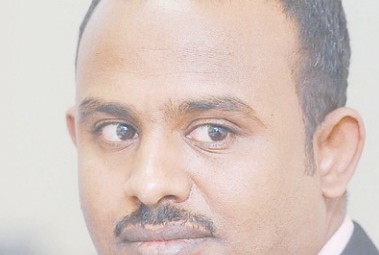 “When the Grand Imam of Al-Azhar is invited to a country that is not capable of existing in harmony with Egypt, the country to which Al-Azhar traces its heritage as an institution, this opens the door to doubt and a series of speculations regarding the trip’s motives, a fact which may lead some to believe that its purpose is to separate Al-Azhar as an institution from that of the state. Even if this is an exaggeration, we cannot ignore such claims; where there’s smoke there’s fire.”

These are the words of Fahmy Howeidy , a self proclaimed Islamist, talking about Grand Imam of Al-Azhar Ahmed Al-Tayeb’s recent trip to the United Arab Emirates, in a recent article in Al-Shorouk. Al-Azhar’s Grand Imam has gone far to make his stances and positions clear. He graduated from the halls of Al-Azhar University to fight rifts in society perpetuated by the Muslim Brotherhood. As a result of Al-Azhar’s role as a place of sanctuary for the oppressed in Egypt, particularly its Coptic Christian minority, his name was recently mentioned during Coptic Easter at St Mark’s Coptic Cathedral, and received with roaring applause.

If we want to talk about truths, we can bring up what was revealed by Tariq Al-Bishri, one of Egypt’s top legal minds, regarding laws surrounding development plans for the Suez Canal region. The draft law seeks to make the area exempt and free from the jurisdiction of Egyptian authority. The attempt to pass such laws is rooted in Qatari greed, with one of its primary advocates recently stating: “We hope to see the Suez Canal region be given its own individual credit rating, independent from that of Egypt as a whole.”

Attempts to blame and discredit Al-Tayeb are evident in quotes such as the following: “The Grand Imam’s trips to the Gulf are coordinated to occur while a campaign of ethnic cleansing is being carried out against Muslims living in Myanmar. Pictures of the Grand Imam with Gulf leaders are published side by side with those of corpses of those miserable Muslims currently suffering from persecution. Perhaps we can be excused to lay blame on him and say that he has decided to be in the wrong place; being absent at a time when he should be present.”

I do not know how Howeidy could have penned this nonsense, or drawn a connection between pictures of Gulf leaders and Muslims suffering in Myanmar, but these claims are of the same type used by the Muslim Brotherhood’s various e-committees.

After the food poisoning incident at Al-Azhar, one of President Mohamed Morsi’s supporters on Twitter asked the president where the Grand Imam had been when the poisonings occurred. This came, and it should be of no coincidence, just before a concerted attack campaign was launched against Al-Azhar and its Grand Imam. These are the same sort of despicable tactics being employed right now by Howeidy.

These tactics are the bottom line upon which Howeidy’s unjustified criticism of Al-Tayeb’s trip to the UAE is founded. He did not take to visiting Israel, whose prime minister was described by Morsi as his “good friend”. Al-Tayeb’s visit to the Gulf was made as a man of faith and not of politics. During his trip, he called upon the world to support and stand in solidarity with the Muslims of Myanmar. However, we have not once seen President Morsi address the suffering of Myanmar’s Muslims in such a way.

The purpose of the Grand Imam’s visit was to receive the Cultural Man of the Year award. In honour of his visit, 103 Egyptian prisoners were released. He was also given $68m in funding for Al-Azhar to be put towards repairing and re-establishing the offices of the institution.

“Repeated invitations made by Gulf leaders to the Grand Imam of Al-Azhar have occurred recently on an unprecedented scale, and are attempts to co-opt Al-Azhar as an institution, to serve as a state within a state.” Howeidy proceeded with a series of clichés before ending with the following disclaimer: “Despite this, I hope that these claims of mine are refuted over the next several days and proven to be wrong.”

Lastly, we should ask Howeidy why he feels there is no potential for harmony and serenity to exist between Egypt and UAE. Does he consider Egypt to be summed up by the Brotherhood? Does he not know that the real conflict is between the UAE and a slightly larger Egyptian civil society organisation that was able to rise to power through votes secured by the “squeezing of lemons” by reluctant supporters?

What is this Muslim Brotherhood which Howeidy wants to represent Egypt, whose previous Supreme Guide four years ago literally said “screw Egypt”? Worse yet, Howeidy later said that the role of the Muslim Brotherhood’s Guide was more important than that of the president of Egypt.