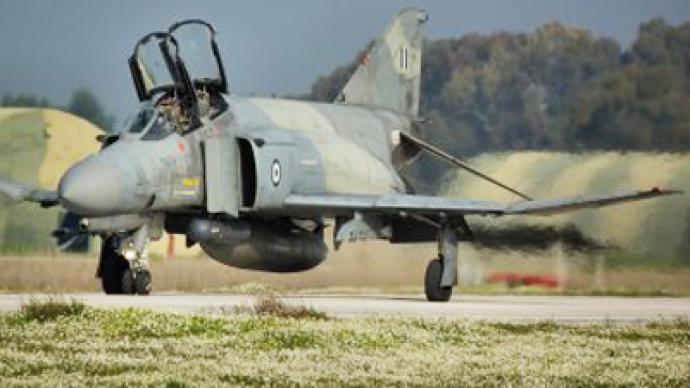 (AFP) – A Turkish F-16 fighter jet crashed in south-eastern Turkey on Monday near the Syrian border, and its pilot is believed to have safely ejected, an army statement said.

“Radio communication was cut around 2:15 pm (1115 GMT) with the F-16 fighter plane on mission in the Amanos mountains,” shortly after the pilot signalled he was about to eject from the aircraft, read the statement.

The governor of Osminaye province, Celalettin Cerrah, specified that the plane had gone down in the town of Yarpuz, some 40 kilometres (25 miles) from the Syrian border.

The reasons for the crash were not specified.

The accident came two days after a twin car bombing killed 48 people in the town of Reyhanli, along the Syrian border, which Turkish authorities blame on groups close to the Damascus regime.