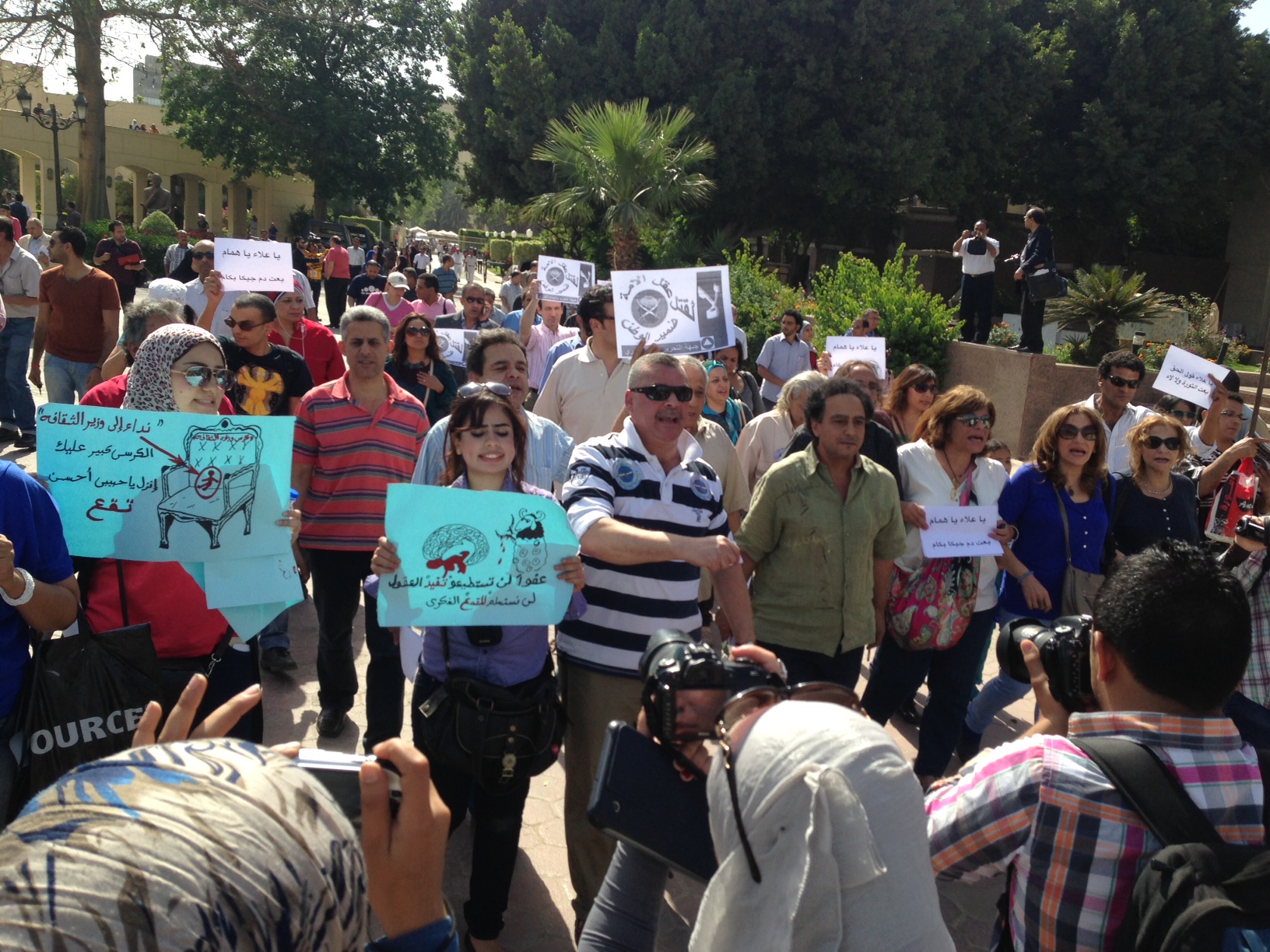 Artists in Cairo began the “Egyptian Egypt- Revolt of the Minds” campaign on Tuesday to demand the removal of Minister of Culture Alaa Abdel Aziz.

The march, including both Egyptians and foreigners, set off from the Cairo Opera House and headed towards the Ministry of Culture.

“Looking at Abdel Aziz’s resume, he hasn’t achieved anything that makes him qualified to become the minister of culture,” said Maha Effat, an Egyptian artist and a member of the Creativity Front.

Abdel Aziz has a PhD in cinema and was a professor at the High Cinema Institute. He has also written books about Egyptian and Arabic films and is a member of the Egyptian Film Critics Association.

“Our problem is not only the minister himself, but with the government that assigned these ministers,” she explained. She stated that the Muslim Brotherhood are “haters of art and culture” and said that they are endangering culture in Egypt through their policies.

Gehad Al-Dinary, a journalist for Akhbar Alyoum, said that artists and intellectuals are also demanding the formation of a committee headed by Egyptian intellectuals to plan and discuss cultural life in Egypt.

Elisa Giovangrandi, a member of the Cairo Opera Symphony Orchestra, said that she was worried about the future of the orchestra.

“Last year when Morsi took office, we were all afraid that we would lose our jobs,” Giovangrandi said.

She added: “The Muslim Brotherhood doesn’t care about culture. They want to impose their ideas on us.”

“If our demands are not met, we will keep protesting,” Effat said.