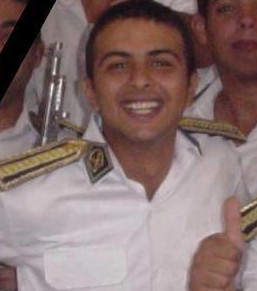 One police officer has died and another has been injured on Monday during an operation by Special Forces to arrest several outlaws in Port Said.

The Special Forces of the Central Security Forces carried out an operation to arrest Ahmed Hassan Youssef, commonly known as Besella, is wanted for attempting to break into Port Said Prison in January.

A gun battle between police and the outlaws resulted in the death of Besella as well as Special Forces Captain Karim Wagih; Captain Shady Magdy was also injured.

Port Said Security Director Sayed Gad Al-Haq announced on Monday that the police have heightened security measures in the governorate as they expect retaliatory attacks by those close to Besella, reported state-run news agency MENA.

“Family and people associated with Besella are tracking the officer who killed him” said Mohamed Naguib, a 6 April Youth Movement activist in Port Said.

He added that assailants searched a church when they were told the officer was hiding inside it; however they did not find him.

Minister of Interior Mohamed Ibrahim along with high profile security officials attended Wagih’s funeral on Tuesday in NasrCity; the injured officer was moved to a police hospital in Cairo.

“The ministry mourns [Captain Karim Wagih] as a hero who paid his life to restore security and maintain citizens’ safety… The ministry also stresses the continuity of its efforts to pursue criminals and outlaws,” read the statement released by the Interior Ministry on Tuesday.

Violence had erupted in Port Said in January after a court sentenced 21 defendants to death for the football riots that killed about 74 in February 2012. Relatives of the defendants tried to break into Port Said Prison to free them leading to clashes with the police. The governorate has witnessed several months of unrest since then.