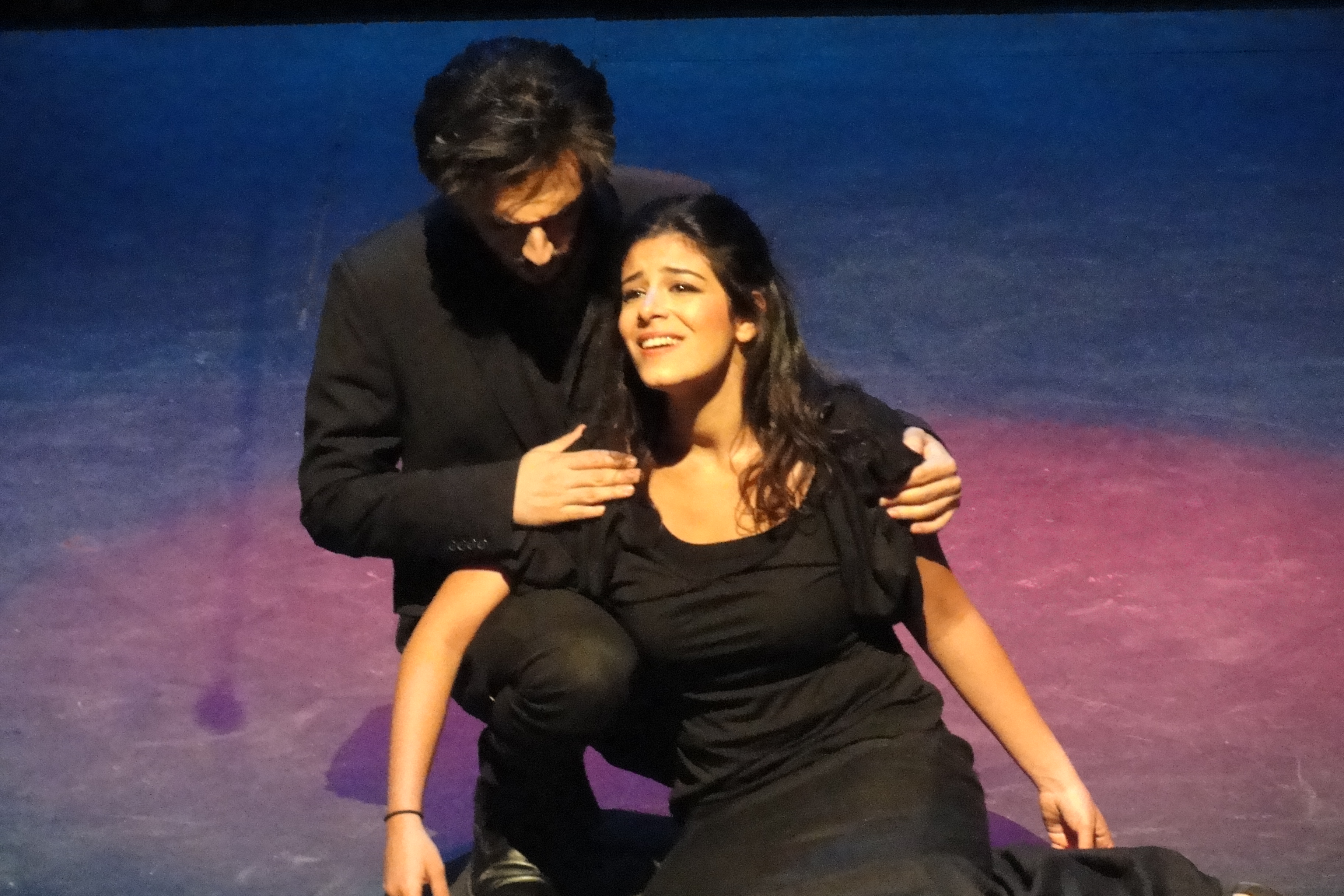 The AmericanUniversity in Cairo Music Department hit all the right notes in their double feature of “The Telephone” and “Les Miserables”.

The night opened with “The Telephone,” a one-act comedic opera telling the story of a man who is attempting to propose to his sweetheart but finds himself continuously interrupted by her ringing telephone. Directed by Frank Bradley, the performance served as a final graduation project for music performance major Nesma Mahgoub. Singing opposite Dr. Raouf Zaidan, Mahgoub’s stellar soprano blew the audience away, and her excellent comic timing kept them laughing throughout the performance.

Things took a much more somber tone when the curtains reopened for the second act of the night. Featuring top-tier vocal talent from both inside and outside the AUC community, the Music Department delivered a breathtaking rendition of Les Miserables’ 17 most powerful songs, translated for the first time into colloquial Egyptian Arabic by Sarah Enany.

With no set, minimal props, and simplistic choreography, it was clear that the music was meant to carry the performance. And carry it, it did. From the chilling opening “Fil Ard” (originally “Look Down”) to the stirring finish, “Kul Oghany Bi Aala Saout” (originally “Can You Hear the People Sing?”), there was rarely a weak vocal moment.

Under the musical direction of Dr. Neveen Allouba, the ensemble proved cohesive on the whole, with tight harmonies and strong choruses such as “Sahib El Makan” (originally “Master of the House”) which brought some laughs to an otherwise heavy production.  But it was the soloists who captured the night. The musical’s most powerful solos, from “Helimt Helm” (originally “I Dreamed a Dream”) to “Sibo Ya’ish” (originally “Let Him Live”) to “Ishhadi Ya Nogoum” (originally “Stars”), were delivered to perfection, all the more haunting in the Egyptian dialect.

Neither production would have been possible without the solid piano accompaniment of Rosalie Capps who played for over two hours, carrying the vocalists through to a standing ovation.