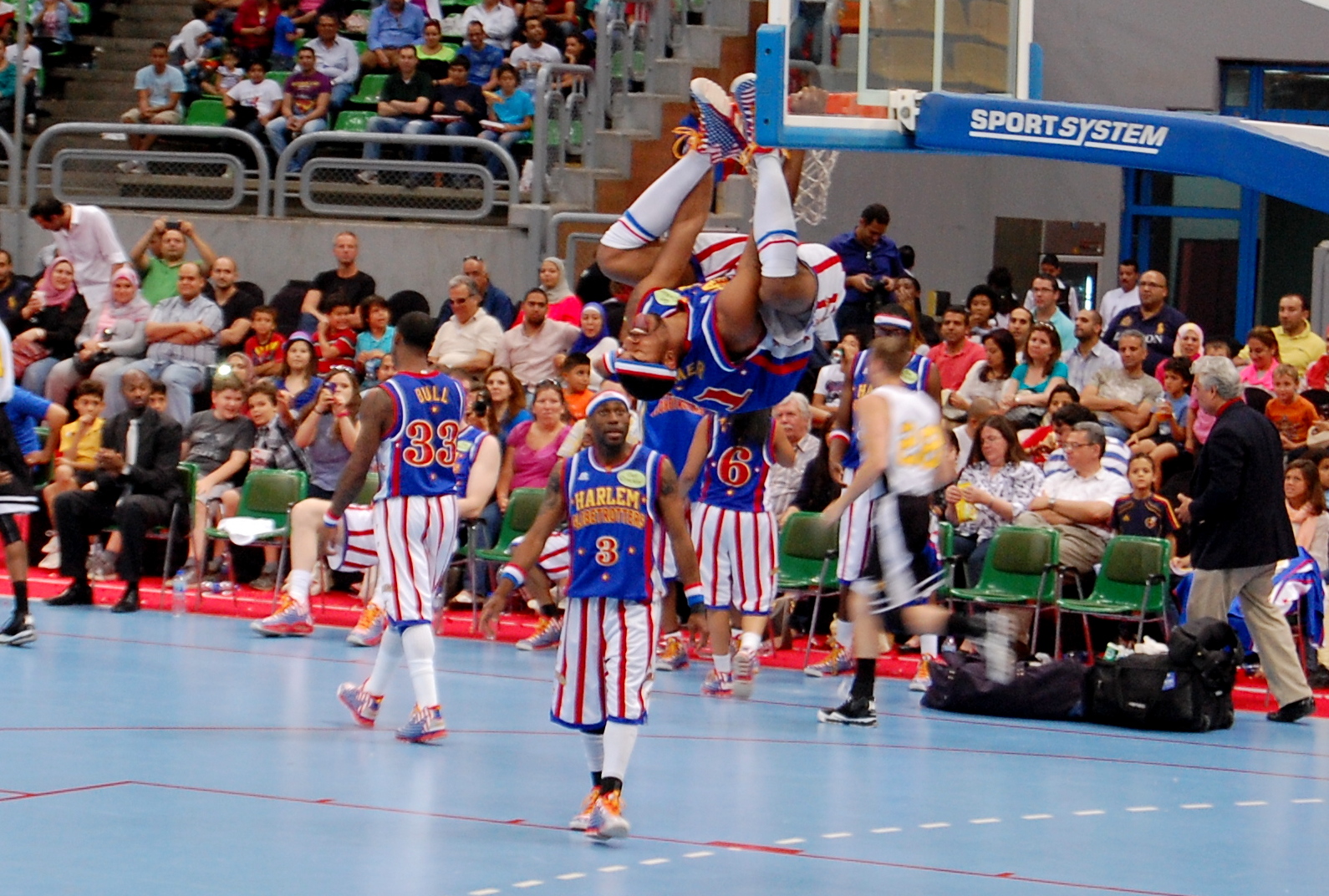 Families and school groups flocked to the Cairo International Indoor Stadium last Friday and Saturday to catch the world-famous Harlem Globetrotters drive, dribble, and dunk in their blended show of comedy and basketball.

The show consisted of an exhibition basketball game where the Globetrotters faced off against the Global Elite in four quarters of trick shots, jokes, and a few additional special rules. There were also frequent time-outs where the team got the audience involved in the show through games, magic tricks, and of course, a dance to the YMCA song.

Though some of the humour seemed to be lost on the crowd that was unfamiliar with the rules of basketball, some actions, such as pulling down the referee’s trousers, seemed to be universally funny. This is what makes the team so special, according to Dizzy, one of the team members.

“We speak the universal language of basketball,” Dizzy said in a press conference last Wednesday. “We try to break down cultural barriers around the world and serve as role models for kids everywhere.”

The team has been touring the world entertaining families with their basketball show for 87 years, but this is their first time in Cairo since 1989. When the team learnt that they would be returning to Egypt, their overwhelming feeling was one of excitement.

“I learned early on in my travels not to believe everything you see on TV,” said team member Flight Time who has now been to 92 countries. “When I told people I was going to Cairo, they said, ‘Aren’t they fighting over there?’ and I said, ‘Man, where aren’t they fighting?’”

Despite a busy weekend, the team was insistent on seeing the city last week, with a trip to the pyramids in the morning followed by a visit to the Children’s Cancer Hospital 57357. Hospital visits are a big part of what the team does, taking the show to children who are unable to attend the actual event, Flight Time said.