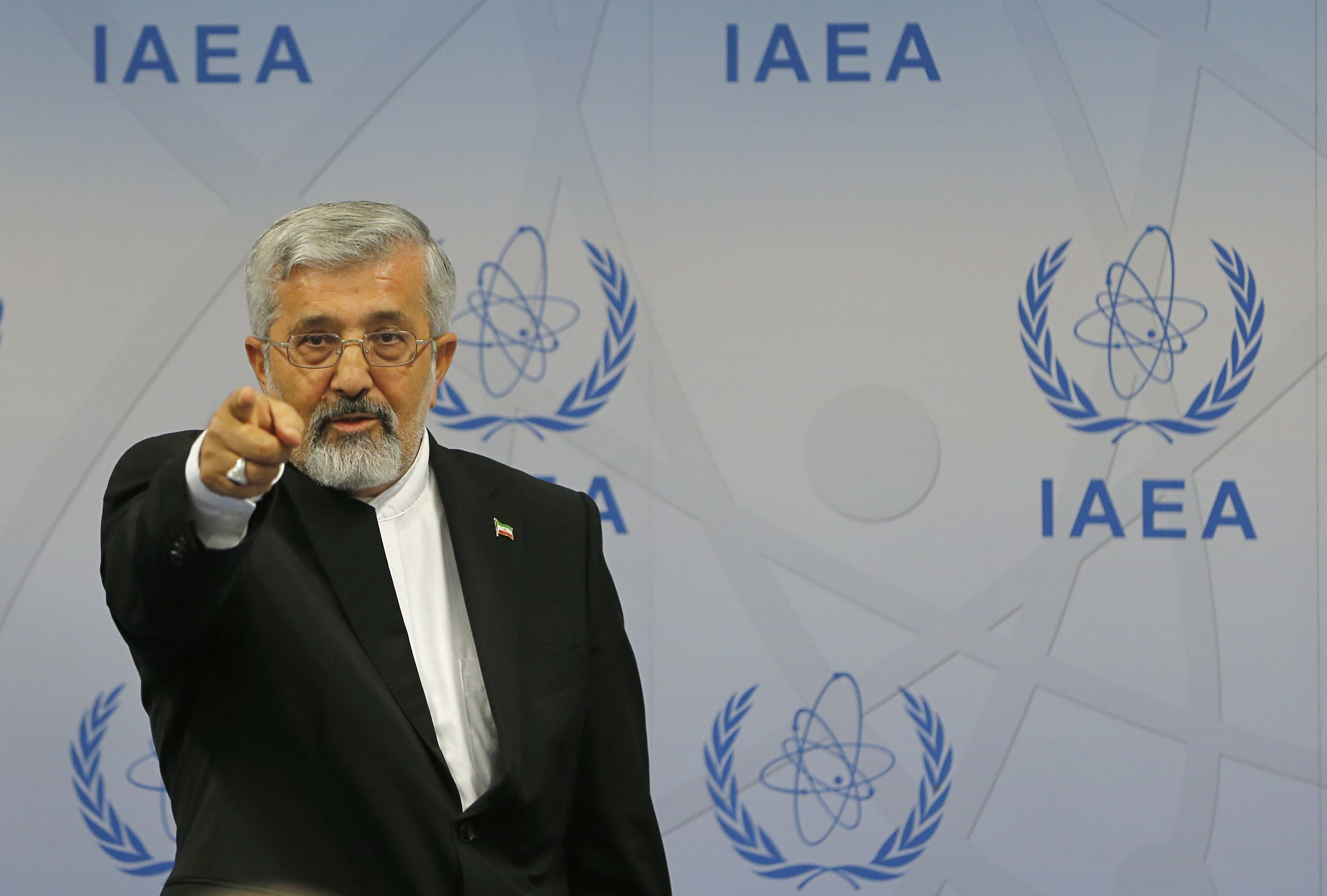 (AFP) – Iran held two sets of talks Wednesday aimed at easing tensions over its nuclear programme, but prospects for any breakthrough were low ahead of next month’s elections in the Islamic republic.

The International Atomic Energy Agency says that there is “overall, credible” evidence that until 2003, and possibly since, Iranian scientists conducted research into developing the nuclear bomb.

Iran says the IAEA’s findings are based on faulty intelligence from foreign spy agencies such as the US CIA and Israel’s Mossad — intelligence it complains it has not even been allowed to see.

Nine rounds of talks since the publication of a major IAEA report in November 2011 have produced no breakthrough.

“As you know, differences remain, but we are committed to dialogue and we are determined to solve these issues,” IAEA chief inspector Herman Nackaerts told reporters as he went into the talks at Iran’s embassy in the Austrian capital.

“We will be working hard today to resolve the differences.”

The head of the Iranian delegation, Ali Asghar Soltanieh, declined to comment.

Enriched uranium is at the heart of the international community’s concerns since it can be used not only for peaceful purposes such as power generation but also — when highly purified — in a nuclear bomb.

The latest round with the “P5+1” in Almaty, Kazakhstan in early April ended with lead negotiator Ashton saying the two sides remained “far apart” despite the P5+1 having sweetened an earlier offer.

The UN Security Council has passed multiple resolutions calling on Iran to suspend all uranium enrichment, imposing several rounds of sanctions on the Islamic republic.

Israel, the Middle East’s sole if undeclared nuclear-armed state, meanwhile has refused to rule out military action on Iran — as has US President Barack Obama.

Efforts to resolve the long-running dispute are complicated by the fact that Irangoes to the polls on June 14 to choose a successor to President Mahmoud Ahmadinejad, with Jalili himself among the hopefuls.

“It is clear that no progress is possible before the election,” Mark Fitzpatrick, analyst at the International Institute for Strategic Studies in London, told AFP.

“Progress would require compromise on Iran’s part, which would provide ammunition for political mudslinging and claims of sell-out,” he said.

Tensions among Iran’s political factions following the heavy-handed crackdown of protestors after the last election in 2009 contributed to a breakdown in efforts at that time to resolve the nuclear impasse.

Iranian foreign ministry spokesman Abbas Araqchi, saying the Iranians “hope to see progress” in both sets of talks, denied in Tehran on Tuesday that the election posed a barrier to progress.

“If the P5+1 group prefer to wait (to resume the talks) after Iran’s election, that will be their decision. But from our point of view, the talks can continue normally,” Araqchi said.

The next government, regardless of who is president, “will defend Iran’s principal positions and the rights of the nation,” Araqchi said.

Both meetings come ahead of the release next week of the IAEA’s latest quarterly report on Iran, which is expected to show that in defiance of UN resolutions Tehran has continued to expand its nuclear activities.

Close attention will be paid to the number of next-generation uranium enrichment centrifuges installed at Iran’s Natanz plant and any further expansion of its Fordo facility.