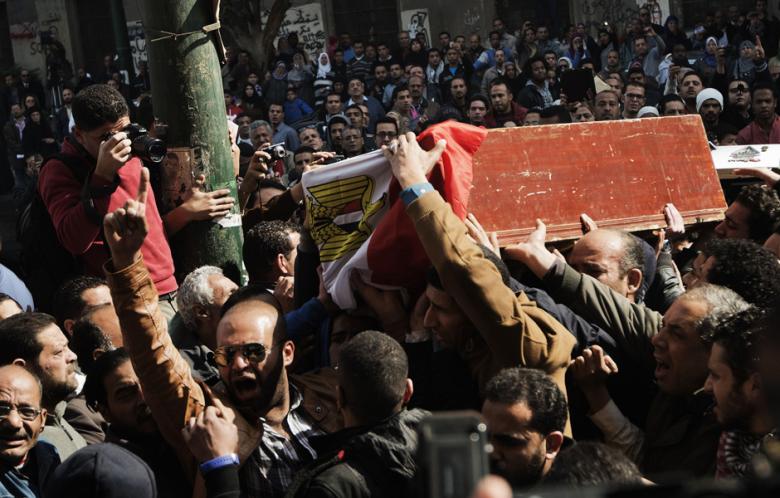 Opposition groups are set to hold several marches on Thursday and Friday to voice their opposition to President Mohamed Morsi’s economic policies and commemorate the recent deaths of activists.

The Al-Tayar Al-Sha’aby (Popular Current) is holding several marches on Thursday to commemorate Mohamed El-Gendy and Amr Saad, Al-Tayar Al-Sha’aby members who were killed a few months ago. According to the group, El-Gendy was tortured by Central Security Forces before he died, while Saad died after being shot.

Marches are set to take place in various governorates, including Cairo, Alexandria, Gharbeya, Beni Suef, Damanhur, Kafr El-Sheikh, Luxor, Sohag, and Qenna. On their official Facebook page, the Al-Tayar Al-Sha’aby said that the Cairo march will set out from Mostafa Mahmoud Square in Mohandessin on Thursday evening, while the Alexandria march will begin at the same time in Saad Zaghloul Square.

The Al-Dostour Party announced that it would hold two marches on Friday against the newly approved tax law and Morsi’s economic policies.

El-Shahed explained that the marches would declare revolutionary groups’ opposition to Morsi’s economic policies, including the new tax system and the government’s attempts to secure a $4.8bn loan from the International Monetary Fund.

“Those economic policies will not improve economic conditions for Egyptians. Instead, they’ll be an additional burden,” said El-Shahed.

According to El-Shahed, the Social Popular Alliance Party, the Kefaya movement, and the Tamarod (Rebellion) Campaign will take part in the marches.

Abdel Rahman El-Gohary, the spokesperson of the Kefaya movement in Cairo, confirmed Kefaya’s participation in the marches.

The Tamarod campaign and the Social Popular Alliance Party could not be reached to confirm their participation.