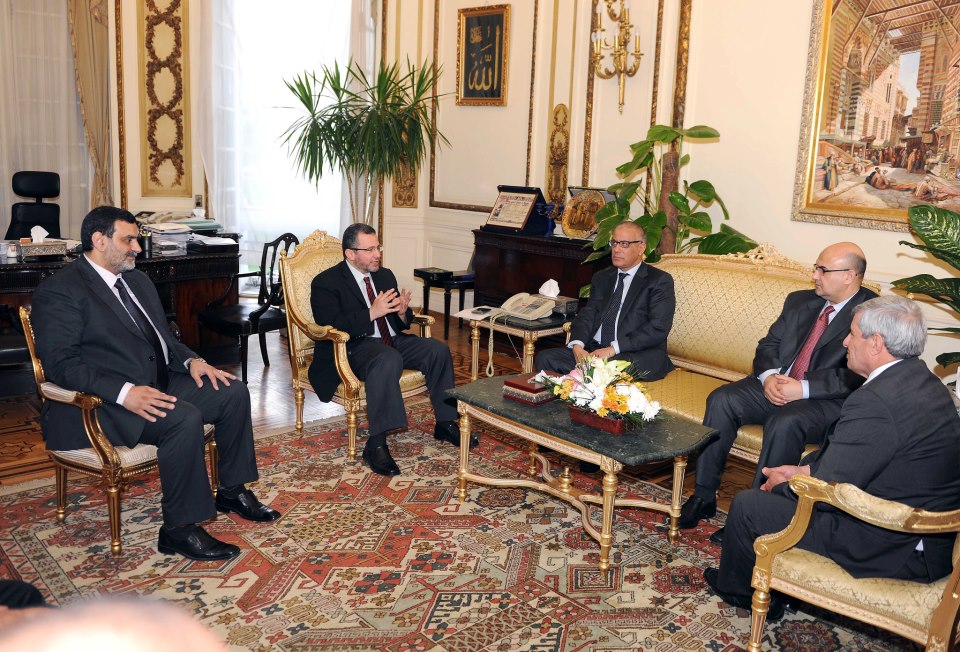 Prime Minister Hesham Qandil has met with his Libyan counterpart Ali Zidane on Tuesday in Cairo. The Libyan prime minister was visiting Egypt as the head of a high-level delegation sent to continue discussions on improving bilateral relations between the two countries.

Qandil and Zidane discussed increasing economic cooperation between the two states and the important role that Egyptian companies have to play in rebuilding Libya, particularly in the domains of construction and infrastructure, as well as ways to promote trade and encourage investments.

In April, Egypt found itself on the receiving end of the financial assistance, when Libya agreed to grant Egypt a $2bn Islamic low-interest loan to help battle the country’s economic crisis.

In the spirit of promoting trade, the two prime ministers discussed the possibility of establishing a free trade zone between the Egyptian city of El-Alamein and the Libyan city of Tobruk.

The meeting also addressed the situation on the Egyptian-Libyan border and the matter of Egyptian workers in Libya. Egypt’s Ministry of Foreign Affairs recently reported estimates that 4,000 Egyptians have illegally entered Libya so far this year. Hundreds have been deported every month, posing a burden for the consular section of the Egyptian embassy to Libya and detracting from their ability to serve the Egyptian citizens who are in Libya lawfully, according to Amr Roshdy, spokesperson for the Foreign Ministry.

The two countries signed a cooperation agreement last month to crack down on a variety of border security issues, including illegal immigration, illegal fishing operations, and drugs and weapons trafficking. The United Nations recently released a report voicing concerns over the high numbers of weapons smuggled across the border to Sinai and then on to Gaza, Syria, and the horn of Africa into the hands of insurgents, terrorist groups, and drug trafficking networks.