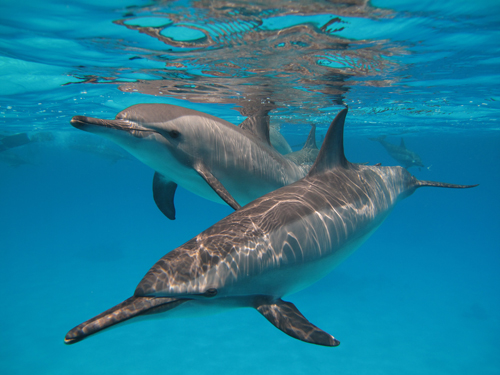 The Red Sea is one of Egypt’s major tourist attractions. Every year millions of people flock to the shores of the turquoise waters for a lazy beach holiday, to wind or kitesurf, to snorkel and to scuba dive. From the Sinai Peninsula to the deep south close to the border with Sudan, the Red Sea boasts an unequalled ecosystem that includes reefs with colourful hard and soft corals and a plethora of underwater life. This natural resource is fragile though and to protect and conserve this important part of Egypt the Hurghada Environmental Protection and Conservation Association (HEPCA) was formed in 1992.

HEPCA was founded by 12 members of the diving community who were concerned about the effects scuba diving, their bread and butter, was having on the reef systems. One of the first steps they took to protect the environment was implement a mooring system of fixed buoys that would stop the practice of using anchors, which until that moment were dropped on the sea floor and inflicted a lot of damage on the reefs. A set of guidelines for underwater behaviour was developed and as more diving operators joined the initiative they became the accepted standard for divers in the Red Sea.

Today, 21 years later, HEPCA has many members and has grown into an NGO that tackles many issues that threaten the Red Sea, but the original mandate still stands. “We are here to protect the natural resources of the Red Sea, whatever form that takes,” Amr Ali, HEPCA’s outspoken managing director, said. The mooring system that started HEPCA has developed into the largest system in the world and HEPCA has helped countries like Jordan and Saudi Arabia to implement a similar system.

The diving and snorkelling business

For many years many dive operators in the Red Sea adhered to the safe practices that HEPCA has established, but over the past few months several incidents of divers and diving professionals showing a shocking lack of respect for the environment have circulated on social media. Images of dive guides and divers holding sharks, turtles and other underwater animals, of restaurants and shops using marine life as decorations and of protected species being offered in fish shops caused uproar and were reported to HEPCA. “The diving and snorkelling business in the Red Sea was never considered to be the main problem; the fishing and the petroleum industry and solid waste management along the Red Sea pose much larger threats to the Red Sea,” Amr Ali said. “But over the past months we have seen several shocking dive violations that required us to take action.”

When asked why there is such an increase in violations Amr Ali said: “The problem is that after the revolution there is a lack of enforcement of the law. The violators feel safe to post these images of themselves on social media but the public is more aware and willing to expose them, and we receive more reports.” HEPCA exposes the violators and refers them to the government. “If no action is taken then we follow up and file a lawsuit, but these things strain our resources. We are not a watchdog, we are a community based organisation and our job should be done once we refer these cases to the government.”

The case of one of the latest violators, a dive guide in the Red Sea who proudly posed in pictures with a dead white tip reef shark and a puffer fish among others that showed despicable behaviour, was resolved quickly and succinctly. “Not only has the governor of the Red Sea, Mohamed Kamel, ordered that he is banned from being a dive guide for one year, the governor’s office will also pursue a court case against him,” Amr Ali said. “The governor is very much on our side, he is an environmentalist.”

In a sense HEPCA has fallen victim to its own success. “Anything that threatens the Red Sea is reported to us and people expect us to take action and solve the issue, be it a new petroleum concession that is awarded, fishing licenses that are issued or snorkel boats that let people feed bread to the fish. It is a big burden because we take all these cases but it strains our budget and resources.”

These violations are not the only problem the diving and snorkelling industry is causing. “We are seeing a big deterioration in the national parks in the Red Sea and we are setting up structures for their protection,” Amr Ali said. “We are getting a lot of help from the Tourism Minister Hisham Zaazou in this.”

The latest problem that HEPCA has tackled with great success is the situation around the reefs Shabb El Erg and Shabb Fanus, reef systems that are well known resting grounds for large groups of dolphins. Every day snorkel boat operators flock to these reefs to give their guests a chance to see and snorkel with dolphins. “We received many reports of the huge amount of boats that would visit these sites simultaneously and the violations they would perpetrate,” Amr Ali said. “The boats would chase the dolphins with no regard for the safety of the dolphins or of the divers or snorkelers that were in the water. This has lead to 11 injuries, as well as fatalities, of people, not to mention the damage that has been done to the dolphin population.”

Again the Red Sea governor cooperated closely with HEPCA to solve this issue. “We took our reports to a meeting with the governor on 11 May and he immediately took the decision to close these reefs for one month, starting 15 May,” Amr Ali said. A committee was formed that day that includes HEPCA, the Egyptian Coastguard and Navy and environmental protection affairs agencies that together will develop a complete management plan for the site. “The Navy and Coastguard will enforce the closure, a vessel will be stationed in the area to ensure no boats enter, and all snorkel and dive operators will be informed when they obtain their official permissions to take out their boats from the coastguard.” Violators will incur a fine of EGP 10,000 if they visit these reef systems during the closure.

“The site is now declared a sanctuary and the main benefit of closing the reef systems is to give the dolphins a rest and it serves as a slap on the wrist for the snorkel operators,” Amr Ali said. “Dolphin watching is a growing industry in the Red Sea and it is completely unregulated. The operators need to learn to respect the dolphins.”

The committee intends to focus on educating the snorkel operators and their boat crews about the fragility of these underwater ecosystems. “Operators that apply proper practices should receive certification, not everyone should be permitted to bring guests to these sites unless the staff and crew are aware and cherish these resources,” Amr Ali said. “We have to remember that we are the intruders, the dolphins are in their natural environment.”

With many snorkel operators struggling to make ends meet due to the decline in tourism Egypt has seen over the past two years, the decision to close the reefs was met with complaints from the industry. “The value of the resources is a lot higher than that of all the snorkelling operators combined,” Amr Ali said. “The situation had become criminal and to allow the situation on these reef systems to continue and not do something would have been criminally insane.”

Another threat to the Red Sea is garbage. Littering is common around Egypt and plastic bags can be found everywhere. “The coloured plastic bags have become the national flower of the Wadis on the southern coast,” Amr Ali said. Plastic bags are blown into the sea by the ever-present wind and are the main killers of turtles, one of the reasons HEPCA decided to address the problem of solid waste management.

“We founded a solid waste recycling plant close to Marsa Alam and it has proven to be a great success,” Amr Ali said. The plant services 200km of coastline and the HEPCA trucks go out every day to collect the solid waste in the area.

The initiative receives a lot of support from the local Bedouin population. “They call us the environmental guys and they love us,” he chuckled. “We sort all the waste and every morning a few of our trucks bring 12 tonnes of organic waste to the local Bedouins who use it to feed their livestock. Before, a family would own a few animals that would be tended by the women. Now each woman herds 50 to 60 animals, which has created more income and has lifted the need for the illegal fishing practices the Bedouins used to resort to in order to sustain their families.”

Besides managing the waste that the town produces every day HEPCA also looks at the issue from a long-term perspective. “A few people worked for months to secure legislation banning the use of plastic bags in shops in Hurghada and eventually the law was passed. The problem is the enforcement of such a law. For a few months shop owners complied but then they reverted back to using the plastic bags. It is up to the Red Sea governorate to enforce these laws.”

When asked if garbage collection is part of what HEPCA should be doing, Amr Ali was adamant: “It is 100% part of our mandate, we are maturing as an organisation and we need to focus on the people who live around the Red Sea.”

One of HEPCA’s initiatives was a direct result of their focus on education: a project to build schools. “I would go to schools and give lectures about the value of the clownfish and the dolphins because we felt it was important to educate the next generation. But I felt ridiculous; I was talking about turtles while these children did not have a bathroom in their school. So we decided we should educate them but at the same time provide them with their basic needs.”

Education has always been an important part of HEPCA’s work. “We started our education programme 12 years ago and these kids are the captains and dive and snorkel guides of today,” Amr Ali said. Education is key because “it is absurd to hold a speech about natural resources if you neglect to protect the resources that are our children”.