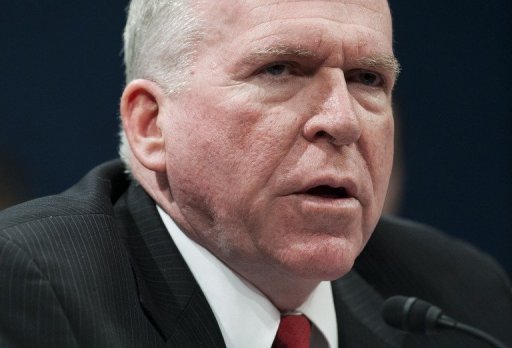 AFP – John Brennan, director of the US Central Intelligence Agency, arrived in Israel late on Thursday on a surprise visit to discuss the situation in Syria, an official Israeli source said.

The CIA chief went straight into a meeting in Tel Aviv with Defence Minister Moshe Yaalon, the official said.

Private television station Channel 10 said that Yaalon reaffirmed during the talks that Israel “will not permit the transfer of weapons” from Syria to Hezbollah in Lebanon.

The powerful Shi’a group is a strong ally of both Israeli arch-foe Iran and Syrian President Bashar al-Assad’s regime.

Putin warned against any moves that would further destabilise the situation in Syria.

“In this crucial period it is especially important to avoid any moves that can shake the situation,” Putin was quoted as saying by news agencies, days after Israeli forces launched air strikes against regime targets in Syria.

Netanyahu had been expected to warn Putin against delivering advanced S-300 missiles to Syria, which would severely complicate any future air attacks against Assad’s regime.

In his public comments, the Israeli premier did not indicate whether he succeeded in convincing Putin to halt arms supplies to Syria or whether the two leaders reached any firm agreements.