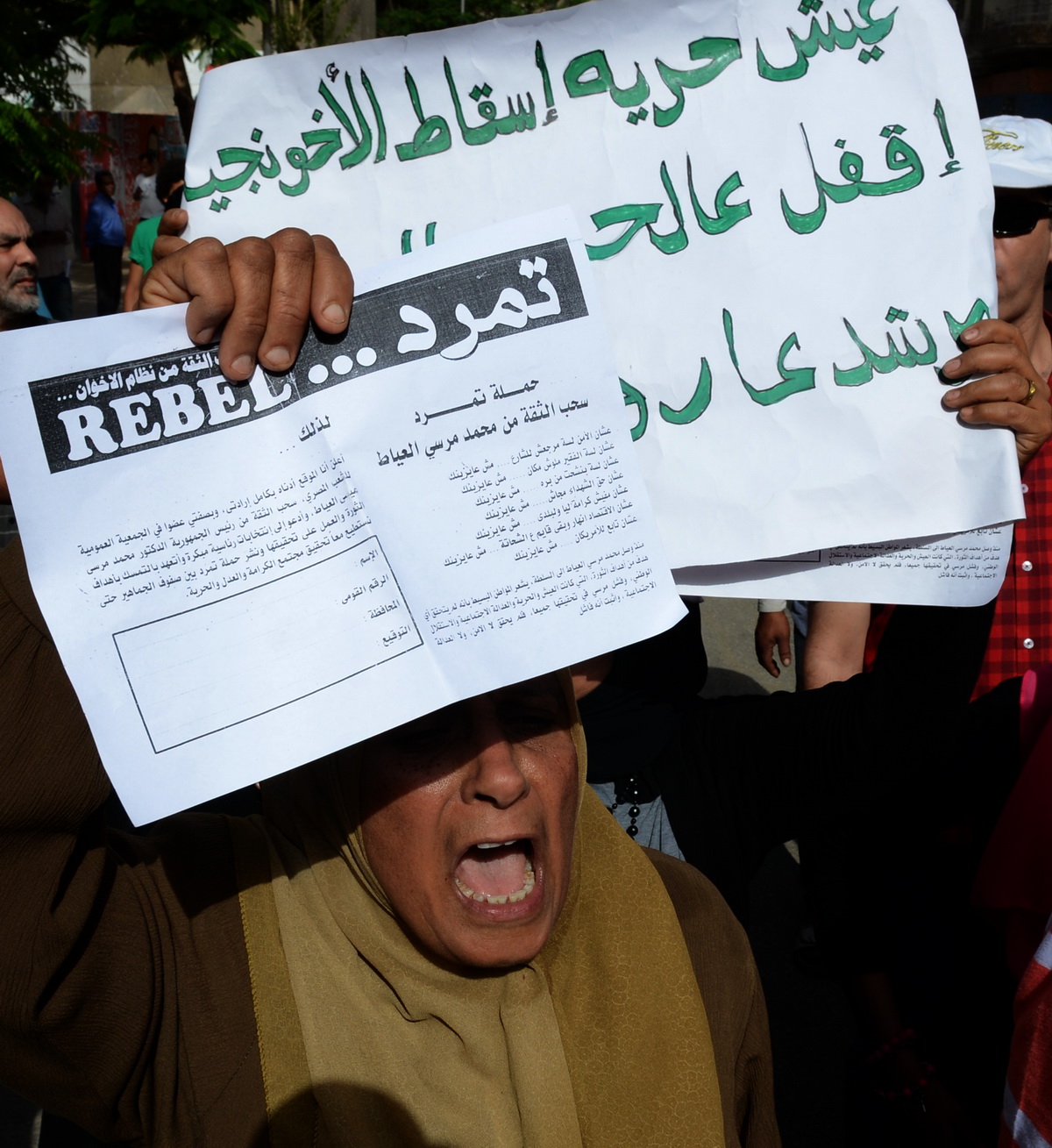 Egypt experienced a state of unrest on Friday, as numerous protests across the country took place. While various protests shared similar demands, people largely voiced their concerns on varying issues.

In Alexandria people took to the streets to denounce the rule of President Mohamed Morsi, calling for early presidential elections. A similar protest took place in Cairo, where security surrounding the cabinet building was intensified in preparation.

According to state-run al-Ahram, a march led by Tawfiq Okasha, the popular and controversial television personality, also took place in Alexandria. The protest is expected to make its way to the naval base, where Okasha is expected to address the crowd and to join the call for early presidential elections.

Okasha’s support of an early election and former presidential candidate Ahmed Shafiq’s support of the Tamarod campaign have angered many movements which reject former regime figures and their supporters.

Founders of Tamarod issued a statement after Shafiq made his support public, denouncing his approval and refusing his signature for their campaign. They also ran several campaigns on Friday in an attempt to collect at least 15 million signatures by 10 June, and according to Al-Ahram hundreds of protesters had made their way to Qaid Ibrahim Square in a show of support.

Several political parties have endorsed the protests against the government, including the Al-Dostour Party and the Free Egyptians Party, as well as political movements such as the Kefaya movement, founders of the Tamarod campaign.

Major demands of the anti-government demonstration include snap presidential elections, the release of detained political activists, and a new constitution.

In North Sinai, security officers closed the Rafah border crossing into Gaza in protest against the kidnapping of four soldiers and three police officers. Civilians are said to have joined the security officers in solidarity.

In Suez, protesters claim Hamas orchestrated the kidnappings in order to embarrass the army, according to Hassan Ghoneima, a journalist in the region.  He said protesters gathered in Martyrs Square to collect signatures from drivers. The protesters also chanted against the development of the Suez Canal Project, saying the project would effectively see the Suez Canal controlled by other countries.