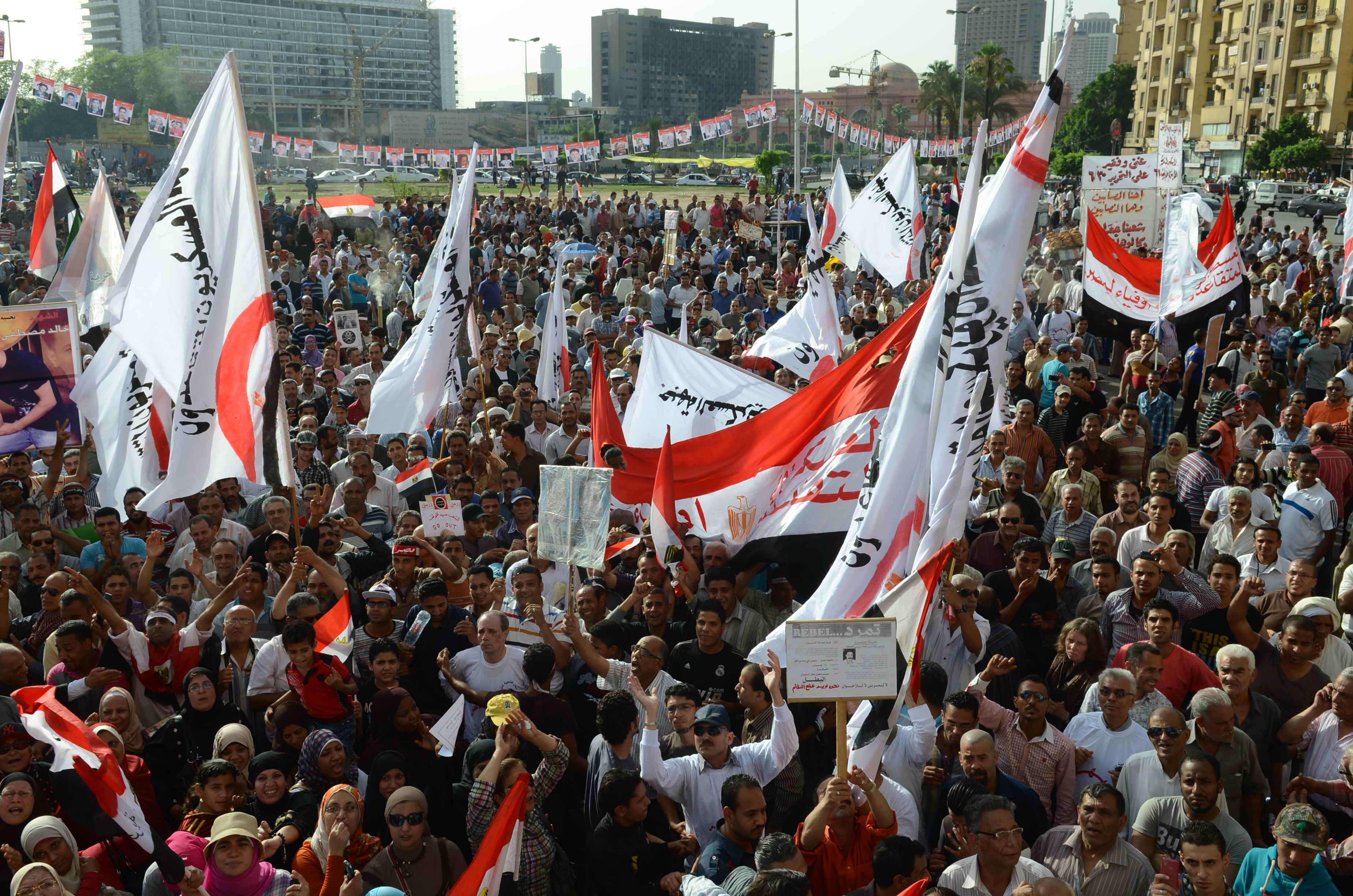 Hundreds of protesters arrived at Tahrir Square after marching from Mostafa Mahmoud mosque to join those already there demonstrating against President Mohamed Morsi on Friday.

Despite an earlier march from Sayeda Zeinab mosque having already made its way to the square, the numbers remained in the low thousands. A third march from Shubra was still on its way.

Marchers stopped passers by and taxi drivers, handing them petitions, with many being responsive and signing them.

They chanted against Morsi, the Muslim Brotherhood, its Supreme Guide Mohamed Badie, and the Ministry of Interior. Several arguments broke out between the protesters however at the mention of the military.

Some praised the Armed Forces and called for a military takeover while others insisted that the Supreme Council of the Armed Forces that took over following the ouster of former President Hosni Mubarak was responsible for the current state of affairs.

Things got heated and at one point a protester declared Tahrir Square “closed to those who support Mubarak, the military, or [talk show host] Tawfiq Okasha” while others chanted against military rule.

Security was increased around the Shura Council building, which houses the upper house of parliament’s sessions, and the Maspero state television building, protesters having announced they would march there earlier.

The main demands were early presidential elections and the release of political prisoners and detainees.

The marches are intended to be the beginning of a large wave of protests until 30 June culminating with a million-man protest in front of the presidential palace to call for early presidential elections, at which point the opposition hopes to have gathered the 15 million signatures, which is more people than those who voted for Morsi.