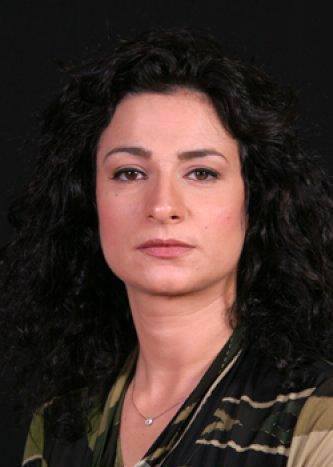 (AFP) – A prominent Syrian actress and outspoken activist against the regime of President Bashar al-Assad was detained on Thursday, a human rights lawyer said.

“At noon (0900 GMT) today, the security forces detained the free actress May Skaf while she was on her way home in the Mashru Dummar neighbourhood” of Damascus, Anwar al-Bunni reported on Facebook.

“Skaf made a mobile phone call to her son, to tell him her identity card had been taken from her by members of the security forces at a checkpoint,” Bunni told AFP.

Her mobile phone has since been switched off, he added.

Skaf’s “detention… confirms that the Syrian authorities… are seeking to silence the voices of cultural and political figures, to try and give credence to their narrative that the regime is fighting terrorism”, Bunni said.

Since the eruption of the uprising in March 2011, the Assad regime has claimed to be fighting “terrorism” in Syria, while denying the existence of any peaceful movement for change.

The uprising morphed into an armed insurgency after the regime unleashed a brutal crackdown on dissent.

Skaf has consistently spoken out against the regime, frequently posting criticism on her own Facebook page.

In summer 2012, she was detained for three days after taking part in a Damascus protest that became referred to as the “intellectuals’ demonstration”.

She is best known in Syria for her role in the television series Khan al-Harir, in which she played a strong woman who led demonstrations.

She also played the role of an activist and former detainee in the well-known theatrical work Death and the Maiden, by Chile’s Ariel Dorfman.

In the play, Skaf’s character meets a man she believes is her former prison guard and rapist.