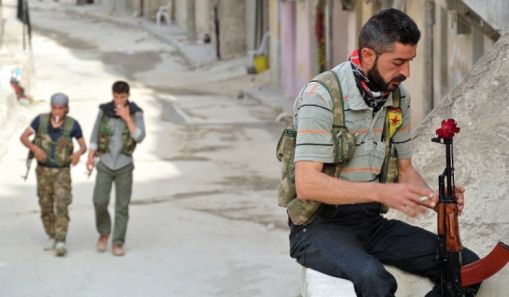 Minister of Foreign Affairs Mohamed Kamel Amr has “expressed surprise” in response to media reports that the Egyptian stance on Syria had changed.

The Ministry of Foreign Affairs published a statement on Friday clearly outlining the Egyptian position on the Syrian crisis, stressing that Syrian President Bashar Al-Assad and his inner circle have no place in the future of Syria.

The statement asserted that Egypt has stood with the Syrian people since the start of the revolution and called for a response to “the legitimate aspirations for change and democracy through a political process leading to the transfer of power”. The ministry also pointed out that President Mohamed Morsi has repeatedly expressed his support for the Syrian people, most recently on a visit to Brazil.

The ministry’s statement said that Egypt has repeatedly expressed its support for Arab League efforts to pursue negotiations between the opposition and “representatives of the regime who have not stained their hands with the blood of the Syrian people”.

The statement also pointed out that Egypt has “actively participated” in international and regional meetings and initiatives to find a solution to the crisis, the most recent being Amr’s participation in a meeting of Arab foreign ministers in Abu Dhabi last Monday. The ministry stressed that Egypt has “communicated intensively with all spectrums of the Syrian opposition, urging them to unite their vision and agree on a common negotiating position”. Egypt will intensify these efforts further in the coming days, said the ministry.

The ministry also highlighted that Egypt has proposed an initiative itself to help solve the crisis. Morsi proposed the formation of a quartet comprising of Egypt, Iran, Turkey and Saudi Arabia in August 2012. In the last few weeks Morsi’s assistant on foreign relations and international cooperation Essam El-Haddad has travelled to both Iran and Turkey to discuss the initiative. El-Haddad said at the beginning of May that there would be a ministerial quartet meeting “soon”.

The statement from the ministry comes before a Friends of Syria meeting, which will be held in Amman on 22 May. Amr will participate in the meeting along with his counterparts from Jordan, Saudi Arabia, Qatar, the United Arab Emirates, Turkey, the United States, Britain, France, Germany and Italy.