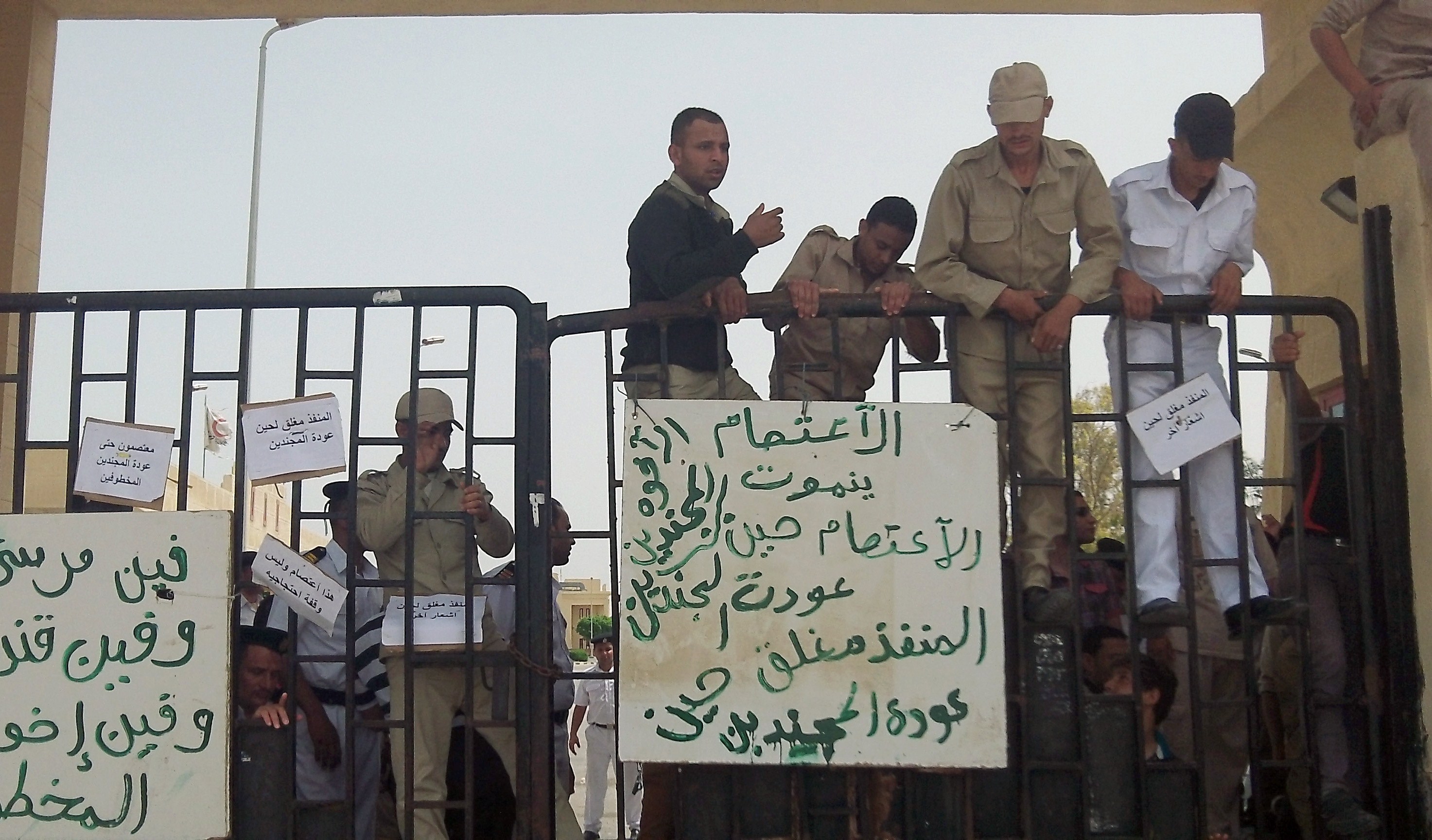 Unidentified gunmen kidnapped seven off duty Egyptian security personnel on Thursday; six of them belong to different sections of the Ministry of Interior and one of the detainees belongs to the military.

Bedouin sources said the security personnel are being held to secure the release of certain prisoners.

A group of border guards closed down the Rafah Border Crossing on Friday in protest at the abduction of seven security personnel; four of them belong to the border guards

About 500 Palestinians were delayed in Arish, Rafah and Sheikh Zewaid as protesting guards refused to negotiate with Abdel Fattah Harb, head of the Border Guards Department of the Interior Ministry.

The guards demanded the release of their colleagues prior to any negotiations.

Harhour said that he received a phone call from President Mohamed Morsi on Saturday to follow up on the issue. Morsi held a meeting on Thursday with the interior and defence ministers on the abduction.

“Negotiations have been ongoing for the past 48 hours between security officials and tribal leaders as well as leaders of moderate jihadist groups to bring about the release of the abducted personnel” said military spokesperson Colonel Ahmed Aly.

Media reports stated that joint forces from the interior ministry and the military were preparing for a large-scale security operation in Sinai within the next 48 hours.

The operation reportedly targets militants in Sinai and aims to force the release of the kidnapped personnel.

“We didn’t announce any security operation, we’re dealing cautiously with the situation in Sinai; however, all options are open” Colonel Aly said.

The Egyptian Organisation for Human Rights (EOHR) released a statement on Thursday calling for the arrest of the kidnappers; it described the incident as an act of terrorism.