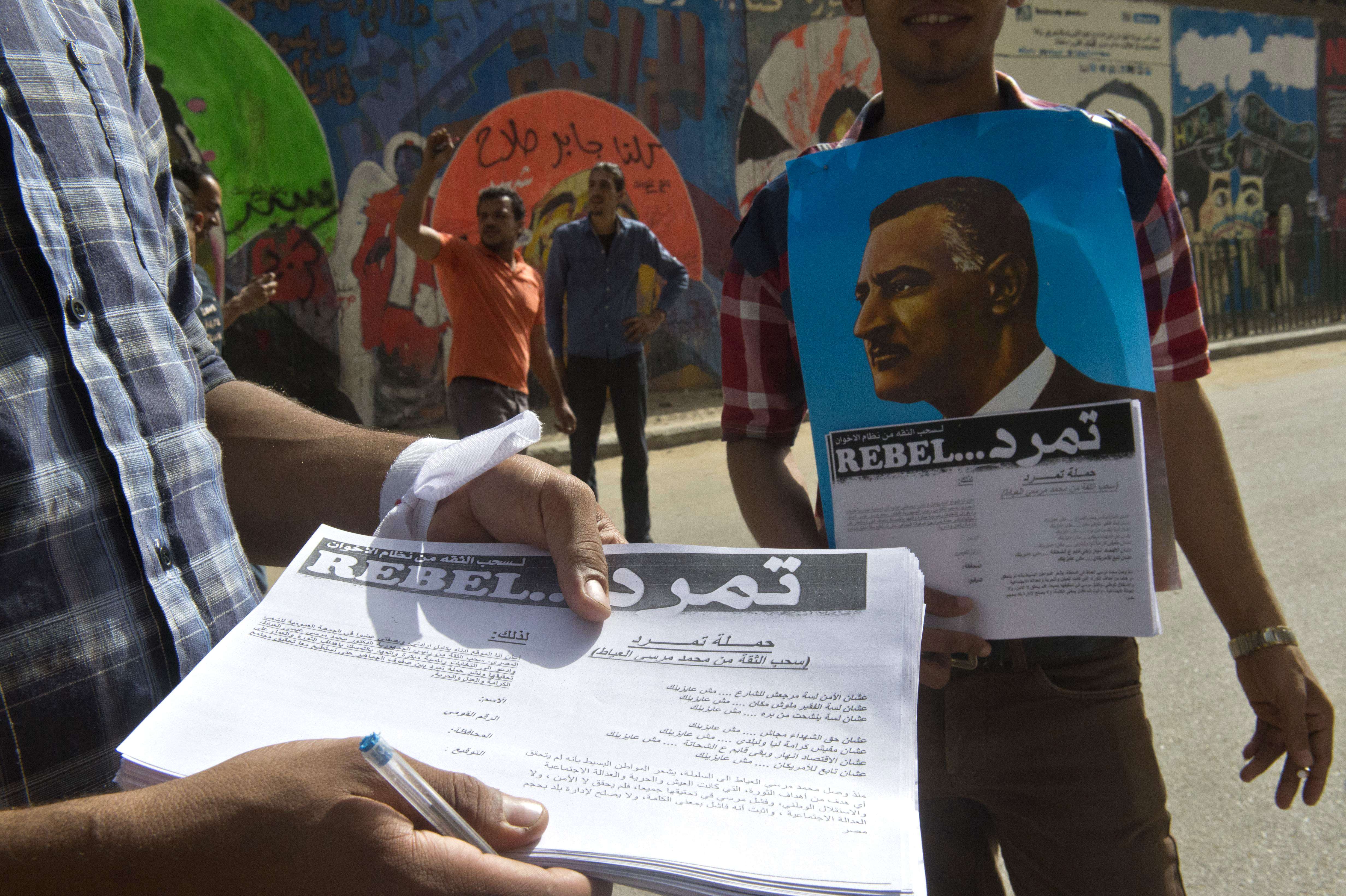 Organisers of the Tamarod petition campaign against President Mohamed Morsi reversed a statement made by the administrator of their official page which refused the endorsement of former Prime Minister and presidential candidate Ahmed Shafiq. The announcement was made Friday evening, stressing the campaign is aimed at representing all Egyptians.

On Thursday a statement was released on Tamarod’s official page denouncing the endorsement by Shafiq. The founder of the Arab Centre for Research and Studies, Abdul Rahim Ali, called on Tamarod and the Shafiq camp to set aside their differences to face the “fascist regime” in the upcoming parliamentary elections. In response Tamarod issued a statement saying the views expressed earlier on their page was that of one individual and does not reflect the position of the movement as a whole, which aims to serve all Egyptians regardless of their political affiliation.

In a separate statement, Tamarod said it is the only campaign that has managed to “stir the stagnant water” in Egypt’s political scene by reviving the spirit of the opposition. It continued by saying everyone must leave their personal and ideological differences aside and consider only the interest of the nation.”Everyone knows that 30 June is perhaps the last chance to oust the tyrant Morsi,” it said, referring to his one year anniversary in office.

Tamarod is currently running several campaigns around the world to collect signatures from Egyptians abroad in time for Morsi’s one year anniversary as president. Tamarod operates in the US, Canada and Mexico under the Tamarod North America umbrella, as well as similar campaigns in Europe, the Arab world and the Gulf.

Last Wednesday, a report was filed to the Supreme State Security Prosecution accusing the campaign of attempting to overthrow the regime. The report was filed by lawyer Ashraf Nagui targeting prominent campaign members and several political figures that have vocally supported the campaign, including the Al-Tayar Al-Sha’aby (Popular Current) founder Hamdeen Sabahy, Al-Dostour Party Chairman Mohamed ElBaradei, 6 April Youth Movement cofounder Ahmed Maher and “all other opposition leaders who support the campaign and publicise it”.

Tamarod claims it has managed to secure over two million signatures for its campaign to call for early presidential elections. The movement has focused on collecting signatures in city centres through a wide network of grassroots activism.