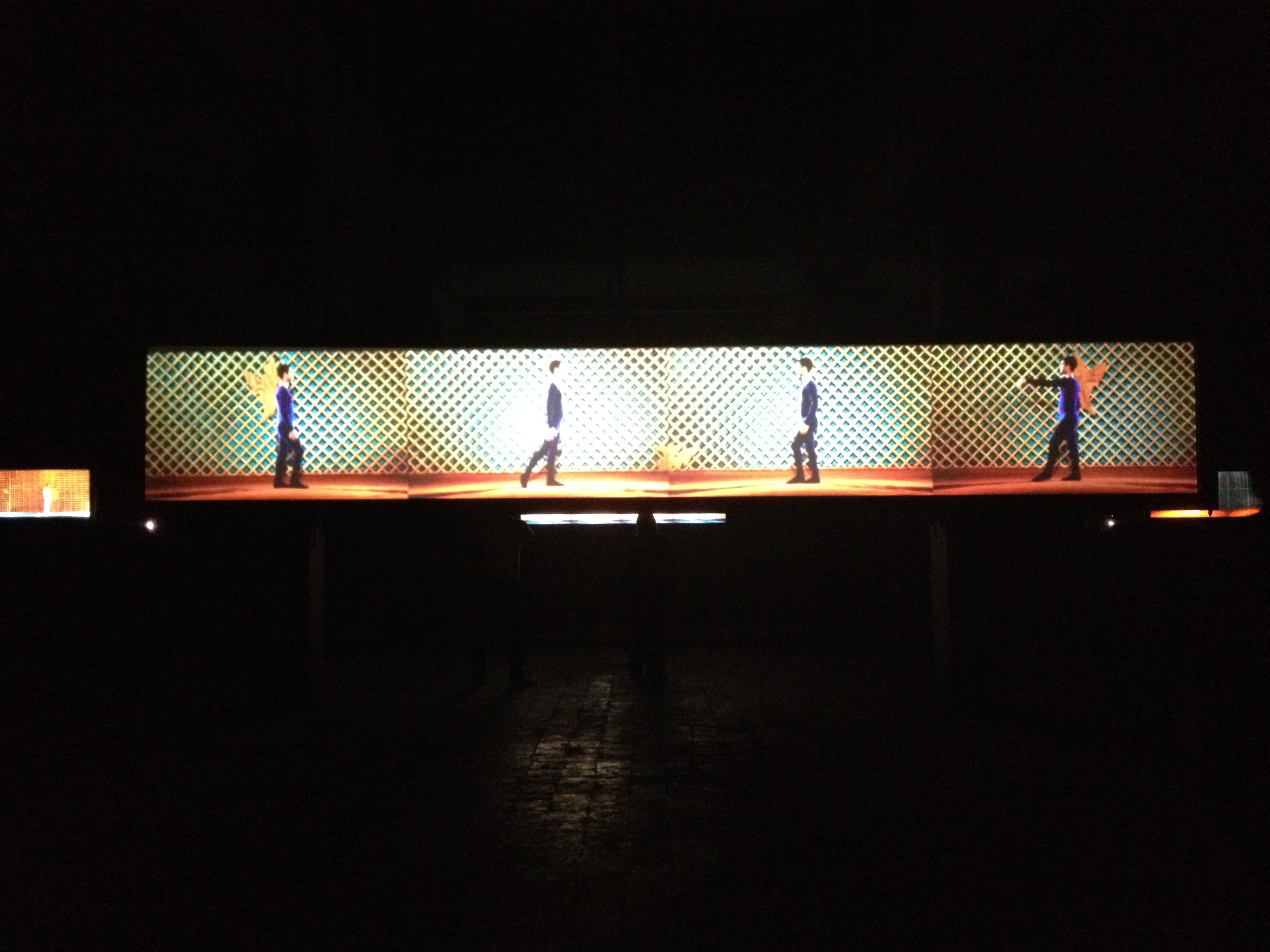 Ovid’s Metamorphoses tells the tale of creation. Like The Odyssey, The Iliad and Aeneid, it is an epic poem, which means it is a very long narrative that contains heroes, drama and terrible deeds.  Ovid’s Metamorphoses is a series of transformations, with myths like Echo and Narcissus, The Fountain of Salmacis, Byblis and Caunus and Myrrha. Those four tales are the ones that Artist Doa Aly chose to focus on in her exhibition “Desire, Deceit, and Difficult Deliveries” at the Townhouse Gallery in Downtown Cairo.

Echo and Narcissus tells the tale of the nymph Echo, who was cursed by Hera to repeat the last word she hears. Echo meets Narcissus and falls in love with him, but he rejects her. She dies of grief and all that remains is her echo. When Narcissus looked in the river he saw himself, but did not recognise it was his own reflection staring back at him. The reflection echoed his expressions and moves and so he fell in love with it. He becomes mesmerised by his own visage and refuses to move away from the river, and so he also dies.

The Fountain of Salmacis tells the tale of the nymph Salmacis and mortal Hermaphroditus, who was himself the offspring of Aphrodite and Hermes. When he travelled to the pool of Salmacis, the nymph was overcome by his beauty and tried to seduce him, but Hermaphroditus rejected her. After he thought the nymph had left, Hermaphroditus undressed and went swimming. The nymph then tried to force herself upon him and while doing so she prayed that they would never part. Listening in, the capricious gods granted her wish and blended them both into a two-sexed creature.

Byblis and Caunus were twins, and in the myth Byblis falls in love with Caunus. She realises that it is inappropriate, but she still pursues him. Byblis writes Caunus a love letter, but he is disgusted with her and he flees. Byblis follows, but after another rejection she becomes mad. She travels through Greece and Asia Minor pursuing him, crying so profusely all the way that she eventually transforms into a spring.

Myrrha tells the tale of a girl who is attracted to her father. She struggles with the thought and tries to commit suicide, but her nurse interrupts the attempt. Myrrha confides in her nurse, who promises to help her get into her father’s bed if she stops trying to kill herself. The nurse tricks the father into thinking that Myrrha was not his daughter. When the father discovers the ruse, he tries to kill Myrrha, but she escapes. Already pregnant and wandering the earth alone, she prays to the gods and they transform her into a myrrh tree. After a while the tree gives birth to Adonis.

The exhibition is supposed to focus on those four tales through the video installations and the sketches. However, I failed to see the connection. The four video installations were of people wearing leotards, doing what is known in the ballet world as Tendu. The sketches were more incoherent doodles that anything related to Ovid’s myths, which are so elaborate and detailed. The “geometric structure immediately disturbs the viewer’s navigation of space, a sculpture that is based on the paths walked by the performers in the Metamorphoses series,” was a large piece of patterned wood.

As twisted and bizarre as the tales of Ovid’s Metamorphoses are, they deserved better.

The one thing I felt as I exited the exhibition was anger. I was angry that I fought through Cairo’s traffic, even getting a bit lost on the way, only to waste my time on this inchoate exhibition.