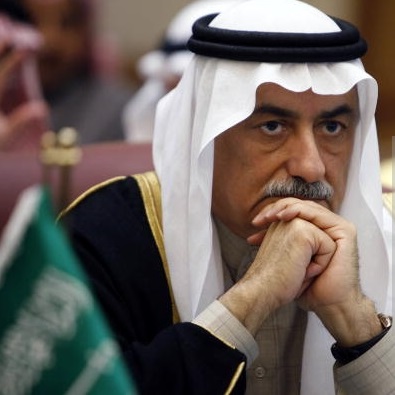 Mohamed Al-Makawi, advisor to Egypt’s Minister of Finance for Foreign Relations, stated that Finance Minister Fayad Abdel Moneim recently requested $500m in aid from his Saudi Arabian counterpart, Ibrahim bin Abdel Aziz Al-Assaf. The request was made in order to help prop up the Egypt’s national budget. These requests came during an annual conference held Sunday and hosted by the Islamic Development Bank (IDB) in the Tajikistani capital of Dushanbe.

“Saudi Arabia previously pledged to provide us $3.5bn in economic aid after the outbreak of the 25 January Revolution,” Al-Makawi said. “But we have so far only received $1bn.” The finance advisor said he will work to push the Saudi delegation to deliver the remaining $2.5bn in promised aid, $500m of which will be applied to the national budget.

He added that the deliverance of this $500m will make Saudi Arabia the biggest contributor to Egypt’s national budget, followed by the European Union who recently pledged $200m.

In exchange for the aid, Saudi Arabia requested assurances from the Egyptian government that such funds will be put towards the latter’s national budget. The Gulf country recently requested such affirmation during the tenure of former finance minister Momtaz El-Saeed, but a lack of communication between the two delegations during El-Saeed’s time as minister postponed such assurances.

Al-Makawi also stated that talks would be held during the conference with representatives from various Arab-based funds within the IDB, in order to discuss the possibility of providing additional funding for development projects in Egypt.

“The IDB has provided Egypt with more aid than any other international financial institution since the outbreak of our revolution, providing us with a $2bn loan at only 2.5% interest,” Al-Makawi said. “Because of this, we will work to continue strengthening our relationship with the bank.”

The three-day conference includes delegations from 56 countries and will seek to host a number of discussions regarding the IDB’s recent capital increase, now approaching $45bn. Officials stated that the recent increases in the bank’s capital have enabled the IDB to better meet the needs of its member states.

Al-Makawi stated that he would take part in a series of special meetings attended by member states’ finance, economic and planning ministers, in addition to representatives from several international and regional financial institutions, Islamic banks, development companies, contractor and consulting federations, and other development banks operating throughout the Muslim world.

According to the bank’s website, meetings held between the boards of directors and general assemblies of IDB member institutions is set to take place on 21 and 22 May. Additional meetings on the conference agenda included the 38th annual meeting of the IDB’s Board of Directors, as well as the 20th annual meeting of the Board of Directors of the Islamic Corporation for the Insurance of Investments and Export Credits.

A number of smaller forums and seminars will also be held to discuss a variety of finance and economic topics. The first of these includes a forum will discuss “innovations in economic development in IDB member states”. A second forum will discuss new finance opportunities provided by the IDB, in addition to previous models for success, while the third seminar would discuss issues related to innovative financing for social sector projects, including ways to help treat polio and provide education for impoverished communities. The conference’s fourth seminar will discuss Islamic financing in Central Asia, while the fifth and final seminar will cover “sustainable energy as a means of combating poverty”.

Other meetings will discuss issues related to innovation and the strengthening of small to mid-sized level business projects in Turkey, in addition to “regional cooperation and integration for development in Central Asia and the Caucus regions”. An additional meeting is set to be held and conducted jointly by the IDB and the International Centre for Biosaline Agriculture.