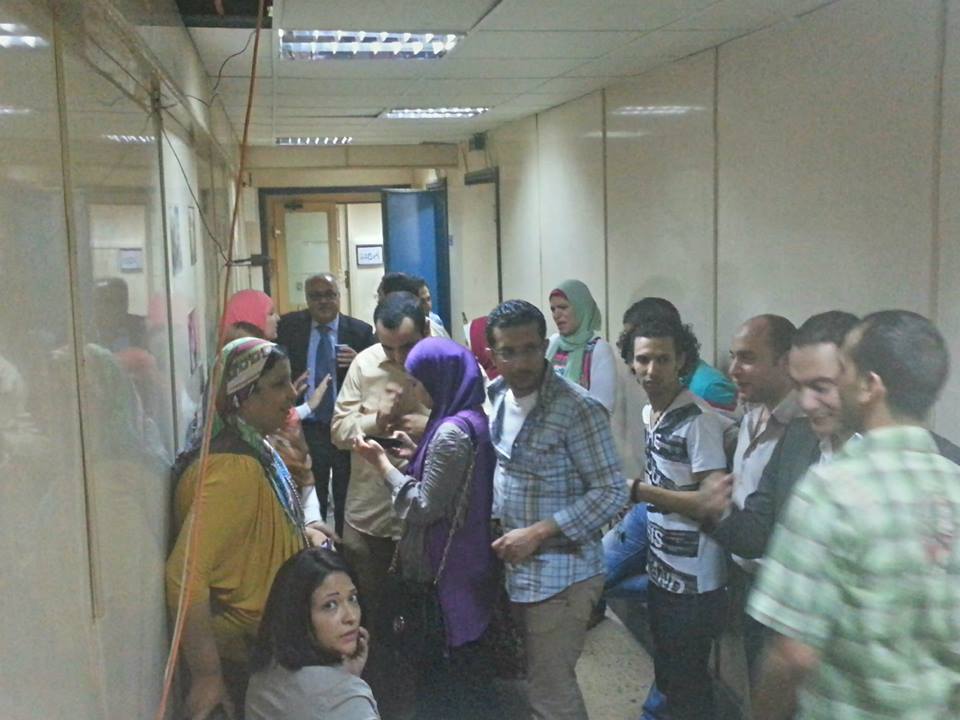 Employees at state-owned Radio Misr station shortly suspended work while protesting against the “arbitrary” transfer of two of their colleagues on Sunday.

Shady Gamal, chief editor of the Radio Misr news bulletin and editor Nasser Sanad were both transferred from the news bulletin program to the station’s news administration through a decision issued by Minister of Information Salah Abdel Maqsoud, reported the official website of state-owned Egypt’s Radio and Television Union (ERTU).

ERTU also reported that the transfer of Gamal and Sanad came as punishment for “scorn” of President Mohamed Morsi. The two editors’ coverage of the President’s opening of five strategic projects established by the armed forces on 2 May was believed to be misleading.

The news bulletin reportedly mentioned that President Morsi opened a pedestrian bridge, yet failed to mention more important projects opened by the president such as expanding the Cairo-Suez Road and the Southern Arc for the Ring Road. The full piece of news was reportedly mentioned on other state-owned news outlets.

Protesters gathered outside the office of Abdel Maqsoud on Sunday, reported state-owned Al-Ahram. They claimed Gamal and Sanad were transferred in a hurry and without appeal. ERTU’s website reported that the editors were thoroughly investigated before the transfer.