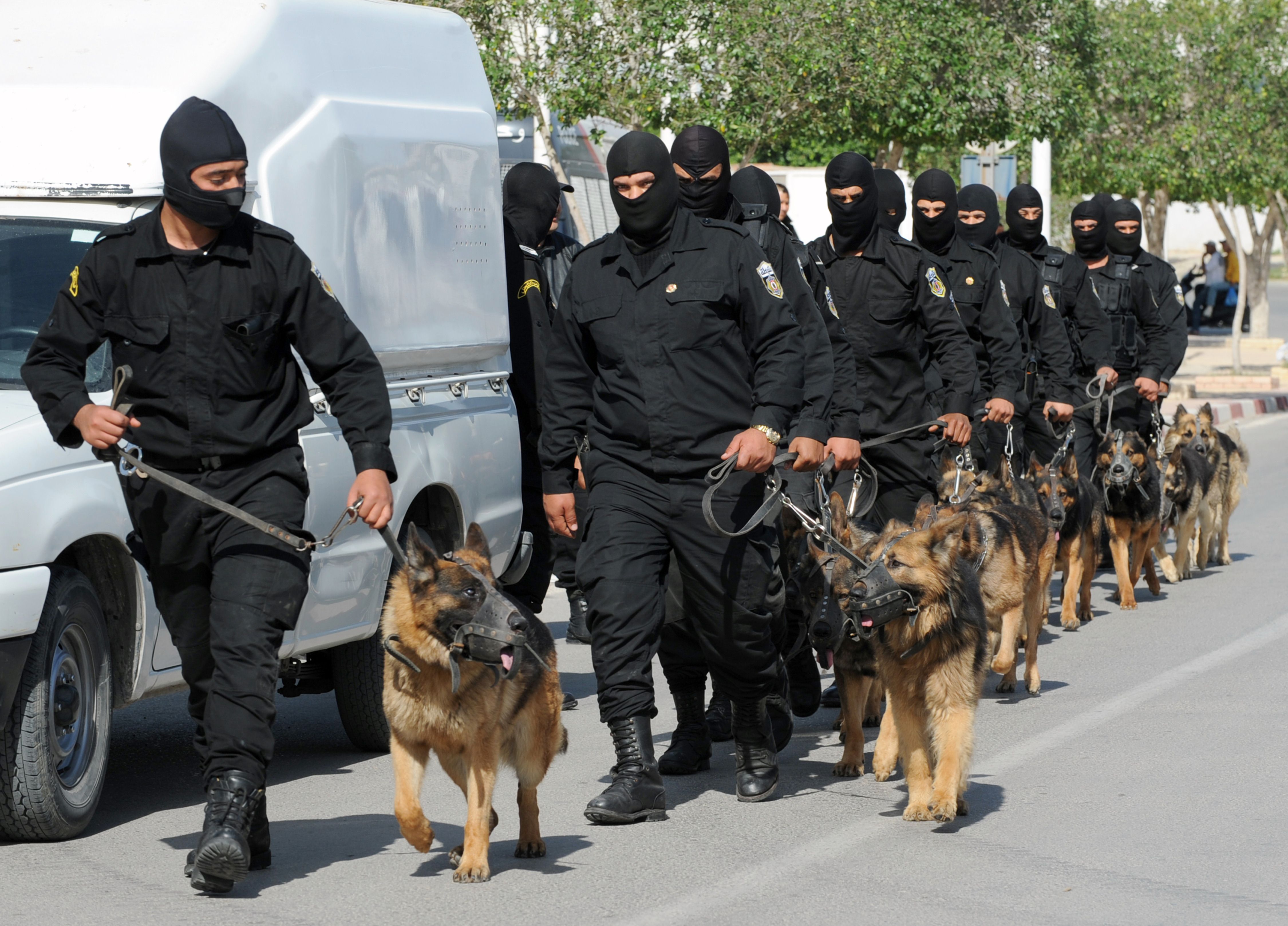 (AFP) – Clashes broke out between radical Islamists and police on Sunday after Salafist movement Ansar al-Sharia told its followers to gather “in large numbers” near Tunis for its annual congress, defying a government ban.

Hundreds of Salafists erected barricades in the streets of Ettadhamen, a poor neighbourhood 15 kilometres (9 miles) west of Tunis, and hurled rocks at police, who responded with tear gas, an AFP journalist reported.

Clashes also took place in Kairouan, the historic city south of Tunis, where the annual congress had been due to take place before it was banned on security grounds, and where security forces were deployed to prevent Salafists defying the ban.

“We call on our brothers to gather in large numbers in the Ettadhamen district of the capital,” the hardline Islamist group said on its official Facebook page, a decision confirmed by one of the group’s senior members.

“Our congress is being held in Ettadhamen,” Sami Essid told AFP.

The announcement came after the security forces deployed heavily in and around Kairouan, with checkpoints set up at entrances to the city and special units positioned in the square facing the Okba Ibn Nafaa mosque where the congress was to be held.

Ansar al-Sharia’s spokesman Seifeddine Rais was arrested at dawn on Sunday as he went jogging in front of police, according to a police source, who described his behaviour as a “provocation.”

Rais said last week that he expected more than 40,000 people to attend this year’s annual congress, which had been planned for 1500 GMT.

A resident of Ettadhamen said a large number of Ansar al-Sharia supporters were visible in the district, which is a renowned Salafist stronghold, some of them armed with sticks and knives and waving the black flag of their movement.

In the market place they chanted “we are going to Ettadhamen.”

The area saw clashes last week between the Salafists and Tunisian security forces, as they moved to stop the extremists setting up tents from which to preach and disseminate their ideas.

Salafists advocate an ultra-conservative brand of Sunni Islam, and Ansar al-Sharia does not recognise the authority of the state.

The group had made known its determination to hold its third annual meeting, despite the official ban.

It has warned that it will hold the government responsible for any violence.

Tunisia has been rocked by attacks blamed on militant Islamists since the uprising that toppled president Zine El Abidine Ben Ali, and Ansar al-Sharia is considered the most radical of the extremist groups that emerged after the 2011 revolution.

The government, led by moderate Islamist party Ennahda, has hardened its stance towards the extremists in recent months, announcing in early May that two groups the army is pursuing in the western region bordering Algeria are linked to Al-Qaeda.

Announcing its decision to ban Sunday’s meeting, the interior ministry said last week that it posed a threat to public order.

In the streets of Kairouan, Tunisia’s religious capital, opinion was divided.

“It is scandalous to give Kairouan this image as a city of terrorists. I ask myself why we don’t let them hold their meeting, that would liven up the city like it did last year,” said Fatma Banani, a veiled housewife.

Thousands attended Ansar al-Sharia’s gathering in 2012, some in Afghan military garb, waving swords and chanting slogans that included: “We are all children of Osama (bin Laden).”

Ennahda was strongly criticised for being too lenient towards the Salafists, and for failing to prevent them from carrying out attacks around the country, including one on the US embassy last September that left four Islamists dead.

Ansar al-Sharia’s fugitive leader, Saif Allah Bin Hussein, a former Al-Qaeda fighter in Afghanistan, warned earlier this month that he would wage war against the government, accusing it of policies in breach of Islam.